IMPACT from the exchange4media Group launches the first edition of its ‘40 Under Forty’ list to recognise extraordinary achievers who are 40 years of age and below in the Indian Media, Marketing and Advertising industry. Below are the remainders of the list of entrepreneurs revealing the deep motivators and personal qualities that drove them to make their big idea a reality. 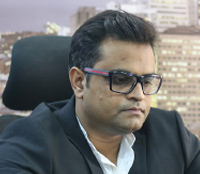 Beginning his career in event management, Kunal Kishore Sinha caught the entrepreneurial bug in 2007 when he decided to work on his goal of creating one of India’s largest independent PR agencies. The route he adopted was not to pursue the big companies but instead focus on working with budding entrepreneurs and start-up ventures which was then an underserved category. This also helped him work closely with the founders, initially as they looked to reach their audience and then when they eventually became unicorns. Says Sinha, “Focusing on their potential and helping them evolve as category-leading brands worked really well as a Blue Ocean strategy for us and helped us better define what Value 360 stands for.”

Sinha’s vision of ‘Go Big Or Go Home’ has also seen Value 360 form a non-equity based joint venture with an independent global communications company, LEWIS in April 2017. This exclusive JV provides global exposure for Value 360 and its clients and is a bridge for LEWIS and its clients who wish to enter the Indian market.

Success Mantra
Sinha links his success to that of Paytm. “We started working on Paytm almost four years ago, when it was just another start-up, poised for great success. As an agency, we too were at the threshold of explosive growth. We found the perfect synergy in Paytm’s team which had the same kind of passion and zeal as us to hit some massive milestones. Together, we pulled out all stops to help Paytm break the clutter and become one of the most talked-about brands in the entire country, a great example of how a client and an agency can work together as a team to build a formidable brand.” 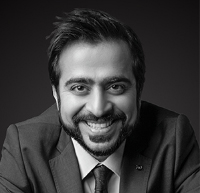 “I started WATConsult in 2007 as a social media agency, and have never looked back since,” says Rajiv Dingra, entrepreneur and thought leader in the digital space, who started his journey at just 20 years of age.

Over the last 11 years, Dingra has worked with more than a hundred global and Indian brands for their digital media campaigns and strategies and under his guidance and leadership, WATConsult has won over 150+ digital and social media awards for work done across distinctive marketing campaigns. What remains a challenge for Dingra is convincing his clients to try the untested. He says, “The biggest challenge is to keep taking risks and doing newer path-breaking work while trying to convince clients to invest in it.”

In 2015, the Dentsu Aegis Network acquired upwards of 75% stake in WATConsult at a valuation of anywhere between Rs 180-Rs 200 crore. In the last one year, under Dingra’s leadership, WATConsult has grown from a 220 member team to 380 in strength. There have been large client wins during this period that include Tata Motors, Panasonic, Piramal Group and PepsiCo India. WATConsult has seen a 60% year-on-year growth in revenues and a 65% year-on-year growth in bottomline. He has also successfully launched services like Research under Recogn and InnoWAT, an innovation lab during this period.
Dingra is also a part of the Digital Council and the Executive Board at Dentsu Aegis Network India. Some of the initiatives that are close to his heart include ‘WAT’s Your Big Idea’, launched a year ago with an aim to provide a unique platform and massive opportunities to the young generation that loves digital advertising and marketing, and #That’sMyGirl, a CSR activity launched on the agency’s 10th anniversary, with an aim to aid education and hygiene necessities of girls in the primary section (Class I to V) besides donating at least Rs 10 Lakh to Nanhi Kali, an NGO.

As for what drives him, Dingra says, “I think India is poorly represented when it comes to digital creativity and innovation on the global stage. Being a flag-bearer for India’s digital marketing prowess is what inspires me to work harder.”

Success Mantra
Dingra’s success is reflected in the success of his campaigns. “Our latest campaign #PowerlessQueen which we did for Project Nanhi Kali is one I’m most proud of. It has won international acclaim by winning a Gold and the Grand Prix at Prague International Advertising Festival.”

Investment banker, private equity investor, value-oriented hedge fund quantitative equity research, trading and portfolio management - with combined experience such as this between them, a career in media might have seemed implausible for Ashwin Suresh, Anirudh Pandita and Aditi Shrivastava. But they did take the road less travelled when they set up Pocket Aces. The emphasis was on building a culture of open feedback, an environment of open disagreement, encouraging a questioning mind and working together as a team.
In just two years, the company has become a leading digital entertainment firm in India by views and engagement metrics. Today, its is a Sequoia Capital-funded, multi-format, digital entertainment company making highly engaging content for the millennial audience via its socially-distributed channels FilterCopy, Dice Media and Gobble, and its game show app, Loco.

Pocket Aces crossed the two billion views mark among original content creators and the network currently clocks over 300 million monthly views on Facebook and YouTube. Its channels have crossed seven million subscribers across platforms. Their website filtercopy.com sees an additional eight million monthly traffic while the network reaches over 40 million people on a weekly basis through its social feeds.

The company has also created and distributed web series such as Little Things, the mockumentary show, Not Fit along with What The Folks! and Adulting via its long form content brand, Dice Media. Pocket Aces’ interactive game show platform, Loco, garnered over six million organic downloads within just three months of launch. The app currently has a million daily active users with four million monthly active users. Pocket Aces has worked extensively with advertisers including PepsiCo, Flipkart, Landmark Group, Marico, Kingfisher, AB InBev, etc. to create digital branded content in the country. It is also the first Indian company to syndicate content to China on Youku-Tudou through a partnership with Asia’s leading MCN, WebTVAsia. Additionally, the company has syndicated its content on airlines like Emirates, Etihad, Cathay Pacific, Dragon Air, Jet Airways, and SpiceJet, and other diverse platforms like Ola Cabs, Jio, Hungama, and Dainik Bhaskar.

Success Mantra
Working together is its success mantra, agrees Team Pocket Aces. “We have known one another for more than 15 years and this creates a lot of mutual trust, which helps us operate as a team even in the most testing conditions. We chose one another because we agreed on some of the core principles of how to build a company (which is now core to the culture we have built). We can act as the emotional foil for one another, which helps us as we work through the arduous and tumultuous journey of building a company. We regularly question our thinking and thus, decisions that we make are well tested from a strategic and intellectual perspective. We enjoy one another’s company and that was a core premise for starting the firm!” say the founders. 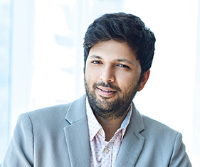 Sameer Pitalwalla co-founded Culture Machine in early 2013 along with Venkat Prasad with a vision to use technology and story-telling that can help build and create great media brands that people love.

Among the various campaigns and content done by Culture Machine, a work that Pitalwalla is particularly proud of is the Amoli: Priceless, a documentary. He says, “Producing India's first digital documentary on commercial sexual exploitation of children, titled 'Amoli: Priceless' that released in seven different languages is something we take immense pride in.” Another campaign which was a feather in his cap was the '#MeriDoosriCountry' campaign for the recently concluded FIFA World Cup. Conceptualized by Culture Machine, in association with the broadcaster Sony Pictures Networks, the #MeriDoosriCountry campaign consisted of a film which showed Indians wearing jerseys of teams appearing in the World Cup

Prior to the inception of Culture Machine, Pitalwalla headed the digital media business at Disney UTV. Earlier, he was the one entrusted with the task of setting up and building the digital video business at the Times Group. While working with the Times Group, Pitalwalla built the video business there with the launch of the first YouTube channel in the country and made it No.1 in terms of viewership for three subsequent years.

Today, Culture Machine is not only doing brilliant work but moving ahead in terms of leading social change within its ranks. The company made news by introducing the first day of period leave #FOPLeave policy for female employees.

Success Mantra
Betting big on entirely new concepts has been Pitalwalla’s success mantra. "Let's throw these videos up on YouTube and see how they do - in 2005, that led to running the most viewed channel on YouTube for three years in a row,” says Pitalwalla. 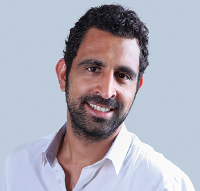 Prashant Puri runs AdLift, a niche search-marketing firm focused on delivering digital marketing ROI that has grown from a bootstrap digital agency to a multi-million-dollar marketing agency in under five years.

Puri is responsible for building the content network, Content Lift, that works closely with leading brands in the BFSI segment and Consumer Goods brands such as Kent RO, Panasonic, Yahoo! and Shopify, to name a few. In fact, in the last one year, Puri led the company’s foray into the BFSI segment with clients such as ICICI Lombard, ICICI Prudential, Max Life Insurance, Bharti AXA & Future Generali now working closing with AdLift for their digital marketing campaigns. Puri also works closely with several Fortune 500 companies including PayPal, eBay, Overstock and Barnes & Noble in helping them increase their search market share. Last year, AdLift grew by 151 per cent (YoY).

On working in the fast-paced digital domain Puri says, “It’s imperative to be ready, learn, unlearn and relearn as new technologies and platforms are introduced. Moreover, one of the biggest challenges is understanding what platform is working for you and making that decision with data.”

Before he got “a nudging feeling of starting something of my own” and set up AdLift, Puri started his digital marketing career back in 2005, working with InterActiveCorp (IAC – owners of Ticketmaster, Citysearch, Ask, Match). He also had the opportunity of working with some of the most brilliant minds in digital marketing at AT&T Interactive, Yahoo! and eBay on cutting edge search marketing strategies.

Puri is part of Columbia University’s Entrepreneurship Advisory Board (EAB) where he mentors young entrepreneurs to help grow their start-ups more efficiently and effectively.

Success Mantra
Puri reaps the benefit of being an early-mover. “I’m extremely proud that we at AdLift read the market signals early on and built India’s largest content generation and syndication platform – Content Lift – very early. We started building Content Lift in 2014 when digital marketing spends were less than a billion dollars in India and time spent on mobile hadn’t surpassed TV time. We envisioned this changing as the time spent on apps such as Facebook catapulted. This led us to believe that there would be an inherent need of quality content providers since consumption of content was about to explode,” says Puri.

Hyundai Motor India reimagines an India of tomorrow
3 hours ago

marketing Cord-cutting in India: Lot of hype, little in reality
4 hours ago