From title sponsor Dream11 to platforms like Gamezy, My11Circle and FanFight, gaming apps have witnessed tremendous growth on the back of their IPL broadcast campaigns

The past year has seen consumer behaviour change like never before and has paved the way for the emergence of new categories of advertisers. A variety of fantasy gaming brands has now made their way into consumers’ lives and their smartphones on the back of some innovative campaigns during the IPL broadcast. Take for example Dream 11, whose monumental rise in 2020 can largely be attributed to the fact that it won the coveted title sponsorship for the IPL last year. Or My11Circle’s parent company Games24x7 that has gone on record to state that it increased its ad spends by a whopping 2000 percent. Apps like FanFight too leveraged the IPL broadcast platform with an eye on hitting the 10 million subscriber base mark, while Gamezy made its mark during the 2020 season with a clever campaign fronted by brand ambassador KL Rahul.

A dream season for fantasy gaming

Over the years, there has been no denying that IPL has become the go-to platform for brands looking to create lasting recall value and achieving remarkable growth. With the tournament achieving the iconic status it has across the length and breadth of the country, it is no wonder that the rapidly growing crop of fantasy gaming brands were quick to leverage it in a year that had cricket fans yearning for live sports to make a comeback. The brand has been a sponsor on the IPL broadcast for the last two years. Interestingly, it also bagged the tournament’s prestigious title sponsorship. The brand has since emerged as the market leader in this rapidly growing category. As per industry reports, the app has grown 5x times in terms of daily downloads since the IPL, a testament to the impact and reach of the tournament’s broadcast. Dream11experienced a surge of 44.4% traffic volume as against the final match of IPL 2019, it said in a press statement.It managed 60 million requests per minute and witnessed above 8,000 contest joins per second. There were more than 18 million contest joins in a single match, above 20,000 team updates per second and around 7.9 million entries in a single contest, the brand’s statement added. Dream11 also witnessed 10x growth in web and mobile traffic and 50% growth in transactions on the back of its favourable position as title sponsor, and today commands a 90% share of the fantasy gaming market. The brand leveraged the IPL’s popularity through a series of ads that captured the essence of gully cricket, something that resonated well with its target users. The close brand synergy between Dream11 and the IPL also played a key role in its decision to remain invested in the property over the years. “We believe that ‘Dream11 IPL’ perfectly defines what IPL is all about: every team fielding its Dream11 team culminating in the IPL finals determining the Dream11. We look forward to 10 crore+ Indians making their Dream11 for every Dream11 IPL match,” said Harsh Jain, CEO & Co-Founder, Dream Sports (Dream11) when the brand bagged the title sponsorship, further calling the IPL “the world’s greatest sports property.”

Needless to say, Dream11 scooping up the title deal also paved the way for others in the category to make their presence felt through the extensive reach of the IPL broadcast.

While Dream11 walked away with a massive win during the 2020 IPL, other fantasy sports brands too leveraged the tournament’s immense broadcast reach to script an extraordinary growth story. Case in point – Games24x7’s My11Circle that increased its advertising spends this IPL by a mammoth 2000% as compared with IPL 2019. From rolling out multiple commercials starring brand ambassador and former Indian cricket captain Sourav Ganguly to creating impressive digital experiences, the brand pulled out all the stops to leverage the IPL 2020 season. Articulating the rationale behind the brand’s strategy, Avik Das Kanungo, Director – Brand and Marketing Strategy, Games24x7 says, “Cricket by far remains the highest participated sports format in the fantasy sports segment in India. To reach out to the relevant cricket-loving audience in the country, IPL comes out as the strongest event simply because of the viewership and interest it generates over 60 days. We believe that IPL can help generate meaningful ROI with creative and effective marketing strategies that cater to the brand's long-term objectives.” The brand’s strategy during the tournament saw huge success, achieving 5x growth in web and mobile traffic and a 7x increase in users during the IPL. My11Circle currently boasts of a five million-plus user base, a clear testament to the reach of the IPL broadcast. While the tournament over the years has had numerous brands leverage and achieve growth through its popularity via different partnerships, whether on-ground or with specific team initiatives, nothing comes close to the traction the IPL broadcast provides.

One of the myths surrounding the IPL broadcast is ‘the clutter argument’. However the success of brands like Fanfight and Gamezy, even with the presence of a formidable competitor title sponsor like Dream11, busts that myth for good. Despite the presence of 4-5 advertisers from the same category, the clutter argument doesn’t hold ground simply because the commercial breaks are shorter during a match than on other general entertainment programmes or news shows. That means each commercial break will have no more than 2-3 TVCs running, ensuring advertisers get a substantial share of voice irrespective of how many other competitors are associated with the tournament. Moreover, as many of these emerging advertisers discovered over the years, their consumers are completely invested in a game and that means they will stay glued to their screens during the commercial breaks.

With a clear vision and a defined target of 10 million users, FanFight leveraged its association with the IPL broadcast in 2020 to reach consumers across markets. It also introduced an innovative idea of daily Indian T20 Premier League quiz that enabled cricket fans to earn more cash. The company has been growing year-on-year by four to six times with every IPL season, and its user base surpassed its projection on the back of the IPL 2020 broadcast making the last season an absolute hit. As per industry reports and public company statements, FanFight saw a 5x increase in the number of daily downloads, a 4x growth and a 5x increase in its user base compared to the pre-IPL months.

Another brand in the same category that catapulted into the consumers’ minds driving recall and growth during the tournament was Gamezy, the fantasy gaming platform from the house of Gameskraft. The brand saw an opportunity to use the IPL broadcast to widen its foray across the country, by riding on the positive consumer sentiment brought in by the tournament during the festive season. Gamezy rolled out a quirky and creative campaign #NayeZamaneKaFantasyCricket putting a new spin on fantasy gaming and creating differentiation for itself during the IPL broadcast. With KL Rahul as brand ambassador, the brand cleverly tapped into the positive consumer sentiment and the cricket frenzy that is synonymous with the IPL. Speaking about the IPL campaign and its objectives, Prithvi Singh, co-founder, Gameskraft, said, “Gamezy is a unique offering for online gamers and comes at a perfect time with rising demand for fantasy sports amidst the IPL season. The aim is to make fantasy gaming even more experiential for the users and break through the traditional fantasy gaming experience with a focus on rewards.” The brand ran its TV commercials on Star Sports on its live cricket broadcast of matches and amplified that campaign on digital platforms to ensure it has a presence across mediums. The IPL campaign saw Gamezy witness a massive 9x increase in users as compared to pre-IPL months, with a 5x increase in daily downloads and a 4x growth in website traffic.

The IPL broadcast and its positive impact on consumer sentiment during the festive season was the turning point for advertisers looking to make an impact in a challenging year. Industry experts estimate that fantasy gaming apps spent close to Rs 300 crore by way on media spends during IPL 2020, and these apps saw huge returns by way of reach and growth. Given that the tournament hit record viewership in its last season, with 400 billion viewing minutes on TV, and considering the positive consumer sentiment, the next season of IPL looks set to push the growth agenda for brands while enabling them to achieve reach and differentiation. With the stage set for a promising IPL 2021, how many new brands and emerging categories will leverage the platform to push their growth agenda this year? We’ll have to wait and see!

Star tells advertisers to pay only for the IPL matches played: Report
2 hours ago

Average ad volumes during 29 matches of IPL 14 grew by 2%: TAM Sports
3 hours ago 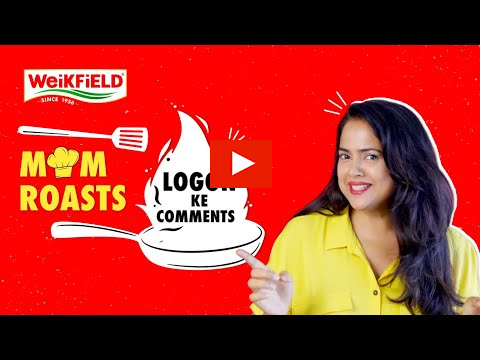