Online food ordering and restaurant reservation platform Zomato found itself at the receiving end of public ire after a video showing one of its delivery boys consuming food out of its boxed orders appeared on social media. In the two-minute video, the boy was then seen re-sealing the packages, which were likely to be delivered, and putting them back into the delivery bag.

The video has gone viral and has prompted widespread outrage on social media, with people questioning the brand and its credibility.

@deepigoyal Hope you are doing something to repose the trust on your brand #Zomato pic.twitter.com/Z6LuSL3cGW

What is this @Zomato I just placed an order, should I cancel it? pic.twitter.com/L6izWHajpO

It's not fault of employee but it is d biggest mistake of Brand name @Zomato who made it's packing so that employee can unpack it thn repack it https://t.co/yLlIi16uWz

@Zomato Here is what I received on Whatsapp!! Please attend to it or it can damage the Brand really badly. pic.twitter.com/fpoLk49iLW

What the heck is this .. Customers trust the brand blindly and this is what we get in return . Cant dare to believe that we are being served such kind of food . ?? pic.twitter.com/4O85PEz6nb

The question that now arises is will the brand be impacted due to this? What’s interesting is that Zomato’s competitor Swiggy recently rolled an ad communication asking consumers to empathise with delivery partners, as they, like each one of us, have a name and unique identity that they would like everybody to acknowledge. Will this incident then jeopardize Zomato’s image and give its competitors an edge over it? Or will Zomato be able to reclaim itself just right post the fiasco?

classic crisis and contends that besides sacking the delivery boy, the brand will have to engage directly with the end-consumer to explain putting into place processes that will prevent recurrence of such incidents.

“Hopefully Zomato has a crisis management manual. It is the same with the Cadbury’s or the Nestle Maggi crisis: telling the truth always helps! It is difficult, but it can be done. And if done well, Zomato will regain its lost goodwill,” reasons Khalap.

Brand expert Gaurav Gulati opines that the video has surely damaged the brand reputation and is a lesson that even others in the category should pay heed to. “This surely is going to create a lot of trouble for the brand. Moreover, people might start poking the brand and Zomato delivery boys with sarcasm and prefer to use the services of their competitors instead. But it is high time for all these brands to take food tampering and hygiene very seriously.”

Gulati adds that Zomato recently raised fresh funding of $210 million from Alibaba’s Ant Financials for payment solution, but as things have changed, they should probably utilise most of the funds on image building and fixing brand reputation. After all, it’s the matter of existence now.

Harish Bijoor, brand guru & founder of Harish Bijoor Consults Inc, remarks that pulling one delivery boy off roster does nothing and is a big hit not only to Zomato in terms of  consumer-imagery and impression, but to the entire food and beverage delivery category altogether. “When a brand outsources literally everything it does, issues such as these are bound to be a constant bother. It is important to make food handling and delivery totally tamper-proof. Packaging can play a crucial role here,” says Bijoor.

Meanwhile, responding to the criticism, Zomato released an official statement, saying that it will soon introduce tamper-proof packaging.

“We have found that the video was shot in Madurai. The person in the video is a delivery partner on our fleet. We have spoken to him at length - and while we understand that this was a human error in judgement, we have taken him off the platform. This incident only makes our commitment to fleet training, scheduling and process even stronger. We stand behind our extensive fleet who do the right thing across many hours of the day,” the statement said further.

Now is the time to bring in regulation for healthcare sector: Anand Roy
2 minutes ago

Now is the time to bring in regulation for healthcare sector: Anand Roy
2 minutes ago

MPEG-4 slot auction: Will high cost and lack of clarity keep broadcasters away?
7 hours ago

Levi’s plagiarism row: How not to overstep the inspiration mark
7 hours ago 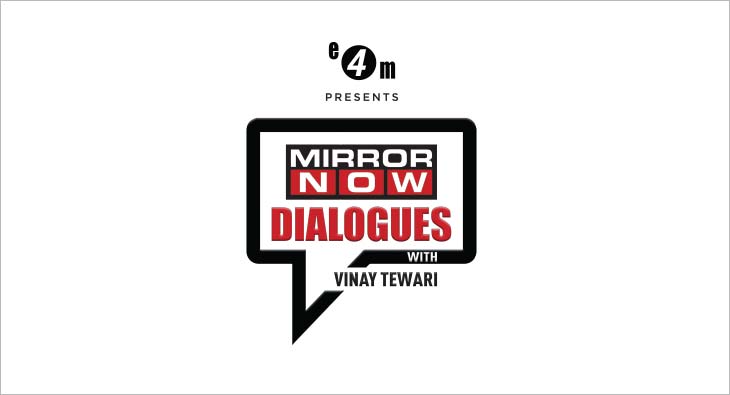 marketing Now is the time to bring in regulation for healthcare sector: Anand Roy
2 minutes ago