We look back at how these iconic brands and their communications began reigning on the hearts and minds of consumers in India.

Deal buzz
The transaction, which is reportedly said to be worth Rs 4,595 crore, is expected to close in early 2019 subject to regulatory approvals. So, what does it mean for ZWL? The acquisition will complement ZWL’s existing product portfolio in terms of food, nutrition, and skincare. The turnover of ZWL which was Rs 510 crore in FY’ 18 might witness a huge jump too.

As Zydus Group secures legacy brands Complan and Glucon D in its kitty, we look back at how these brands began reigning on the hearts and minds of consumers in India with their memorable communications.

The thing with iconic brands and catchy ads is that they are imprinted in your memory for the longest of time. And one such ad is Glucon-D’s ‘yeh jaan mein jaan daal de – peete hi!’  Its variations included ‘iske saath ek foot-patti, muft muft muft!’ and ‘Mmm! santre jaisa mazedaar!’

Glucon D captured consumer market because of its aggressive marketing strategy. The campaigns of the brand were children and summer-centric. They started with humble print and television ads, slowly charting their way to innovative summer campaigns and soon offered a fresher perspective of the brand narrative from rejuvenation to prevention. In 2016, the brand conceptualised an ad showing a spirited girl take on the sun and succeed due to her Glucon-D which resonated well with consumers. 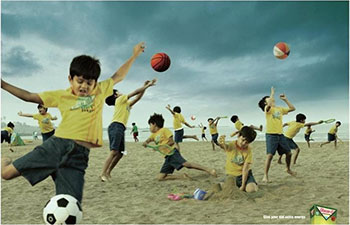 One of the ads showcases a kid who turns into a superhero. It showed the driver of a bus getting drained out in summer and so the vehicle moving real slow. Suddenly, a boy in the bus gets an idea. He exits the bus running, and transforms into 'Super Glucon-D boy' giving the driver some Glucon-D. And the brand saves the show. The brand's playful ads transitioned to 'Taste mast, energy zabardast', showcasing how the brand brings in health plus taste.

The last summer campaign launched by the brand in 2017 was ‘Sirf paani nahi, Glucon D waala paani.’ A simple advertisement created by McCann showed kids playing a game of kabaddi in the summer heat and the sun sucking out all the energy from them. However, one of the kids is extremely fresh and energetic, because he drinks ‘Glucon D walaa paani’ in the summers.

Who doesn’t remember the catchy ‘I am a Complan boy, I am a Complan girl’ that was very popular in India in the 90s. It showcased how children drinking Complan were extremely healthy because they could procure all nutrients required for a healthy growth. Brand Complan has always stood for better height for kids. 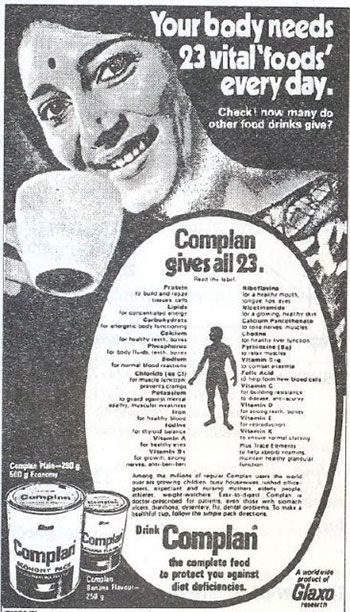 Over time, Complan decided to tweak its recipe and adopted a new brand philosophy ‘Don’t just be tall, stand tall’.

Initially, Complan used print as a medium to reach out to its audiences and the ads showcased how the product can fit well into the dietary requirements of the people. One of the early print ads showcased that ‘Complan has 23 vital foods and is scientifically planned and enriched with milk proteins, vegetable fat, carbohydrates, vitamins, iron and other minerals.”  During the 80s, Complan decided to step up its advertising game. Its ads featured a boy and a girl, and they were Shahid Kapoor and Ayesha Takia. Needless to say that it changed the way child nutrition was perceived and promoted in the country.

Soon, there started advertising wars among Horlicks, Bournvita, and Complan. They would take a dig at each other in their communications. It was in 2014 that Complan celebrated its 50 years in the Indian market. And the brand opted for a change; they replaced mothers. For the first time, the brand roped in celebrities such as Chess Grandmaster Vishwanathan Anand and actors Amitabh Bachchan and Suriya. During this time, the brand also reinvented its packaging.

As per reports, Complan then had a share of around 13 per cent in a category valued at Rs 5,000 crore. And it was said that Complan accounted for more than half of Heinz India sales. However, if reports are to be believed, Complan’s market share had slipped to single digit “for various reasons” over the last few years.

Despite challenges, the show must go on for TV production houses
20 minutes ago

How brands can break the COVID-19 clutter
1 day ago

Ambient DOOH will be a key point of communication post lockdown: Industry experts
1 day ago

We expect alcohol demand to pick up, but gradually: Vineet Agrawal, Jack Daniel’s India
1 day ago