Budget'17 brings relief for start-ups, tax reduction to 25 per cent for companies with less than Rs 50 crore turnover

The Union Budget 2017 is finally out and start-ups are lauding the tax reliefs announced by the government, which they say will boost startup economy in the country

The Union Budget 2017 is finally out and start-ups are lauding the tax reliefs announced by the government, which they say will boost start-up economy in the country.

Among some of the new proposals announced by the FM, Arun Jaitley, is a reduction of tax for small companies with turnover of less than Rs 50 crore to 25 per cent. Also, start-ups can now avail of profit linked-deductions for three years in the first seven years; this was earlier set at three years for the first five years of existence.

On the issue of removal of Minimum Alternate Tax (MAT), the FM said, “It is not practical to remove or reduce MAT at present.” However, MAT credit can now be carried forward to 15 years instead of the current 10 years.

Mahesh Jaising, Partner at BMR & Associates feels that though there were no “big bang” announcements in the indirect tax space as expected, direct tax proposals will bring relief for start-ups and SMEs.

The proposals include extension in the period of claim of deduction under section 80IAC, relaxation in carrying forward the losses of the business and reduction in rate of tax to 25 per cent if the annual turnover is less than Rs 50 crore.  The reduction in rate of tax by 5 per cent is applicable for all the MSMEs with annual turnover less than Rs 50 crore, which could be claimed by the start-ups. The Finance Act, 2016 had introduced new provisions which provided deduction to eligible start-ups with respect to profits derived from their business for three consecutive assessment years which could be claimed within five years from the year of incorporation of the start-up.  The Union Budget proposes to extend the five year period to a seven year period providing greater flexibility to the start-ups to claim the deduction.  Further, the condition of continuous holding of 51 per cent of the voting rights under section 79 of the Income-Tax Act, 1961 for carrying forward the losses has been relaxed, subject to original promoters continuing to hold their shareholding in the start-up,” he explains.

“The decision on the allocation of Rs. 10,000 crore for the Bharat Net project will provide high speed broadband will definitely change the game for VAS businesses in the future. With increased number of people accessing the internet, the number of VAS users will also increase. Further, the newly announced income tax slab of 25 per cent, for the income bracket of Rs 50 crore for start-ups, will help entrepreneurs in the efficient allocation of funds. However, the detailed announcement on the GST bill is still on the charts and companies now are eagerly awaiting the same. We hope that the new policy formations in the budget are put into action effectively, in the same way as how they have been presented,” said Dushyant Jani, Founder and CEO of Mobclixs Technologies.

Falguni Nayar, CEO and Founder of Nykaa.com, called the budget a balanced one and said that it was a good day for the Indian start-up sector. “The announcement of 5 per cent tax exemption for companies having turnover below Rs 50 crore will help around 96 per cent of MSME’s and start ups of our country, which is a big relief. This move will not just support the already running small businesses but will also boost entrepreneurship in our country. Also the announcement by Finance Minister on tax reduction for income holders below Rs 5 lakh and radical announcements on agriculture will facilitate in acceleration of GDP.  The restrictions for cash payments above 3 lakhs will help us move from a cash driven to a digital economy which is good for ecommerce.? Above all it’s a tax holiday for startups now for not just three years but seven years.”

Explaining the significance of the government’s pro start-up proposals, Rahul Narvekar, Co-Founder of Scale Ventures said, “As an investor I feel that the exemption is a welcome change. Start-ups are always striving hard to break even and the exemption provided will surely help the young entrepreneurs to allocate funds accurately. Start-ups which are boot strapped are relieved and feel encouraged that the government is propelling them to make India a hub of successful start-up industry.”

Vishwas Shringi, Co-Founder and CEO of Voylla Fashions called the budget progressive and in favour of start-ups. He termed the 5 per cent tax exemption as a “big relief”. Speaking about the tax relief, he said, “Due to this announcement, we can now allocate these funds which we would have paid in tax in adopting new technology, hiring skilled resources etc. We just hope that the same is implemented soon so that India progresses towards a nation which has more job opportunities. The budget altogether is reform oriented progressive budget with concessions to middle class & SMEs while maintaining taxes through compliance. Liberalisation in the FDI policy is a welcome move.”

"The budget has stressed upon the importance of strengthening India’s digital economy by bringing down cost of digital infrastructure. The acceleration of PoS infrastructure with 10 lakh PoS machines by March 2017 and  another 20 lakh Aadhaar based PoS by September 2017 is a reflection of pushing digital payments at last mile by 300 per cent from the current base of 15 lakh PoS achieved so far in last 20 years. The decision to exempt duty on various POS machines will help in reducing cost of digital infrastructure implementation and benefit companies like Oxigen," he said.

Varun Rathi, COO & CO-founder of fin-tech start-up Happay, though happy with the various incentives announced by the government, expressed a desire to see these policies get implemented quickly. “We are hoping that the government will work on the bottlenecks like increasing the limit of IMPS transactions, which still remains a major concern for businesses who want to make urgent transaction beyond bank hours. Scale, innovation, and adoption in fintech sector have always been restricted due to strict regulations. The recent announcements and the intent of the FM has been a welcome move. It is encouraging to have a supportive regulatory framework,” he said.

Vernacular: The next big driver for Indian digital industry
3 hours ago 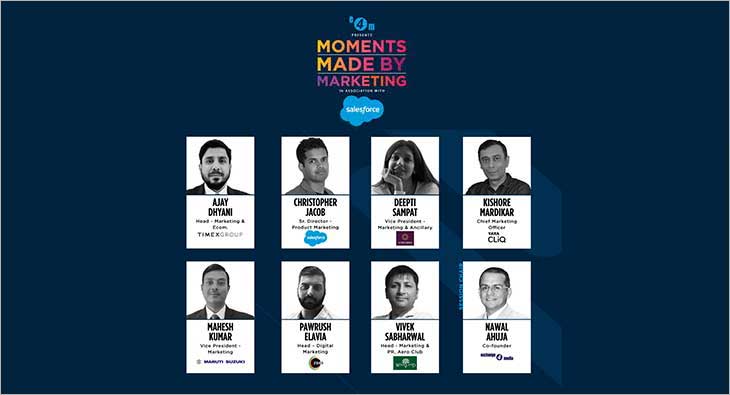 marketing Vernacular: The next big driver for Indian digital industry
3 hours ago