From Pizza Hut and McDonald's to Durex and Skore, brands come up with interesting creatives inspired by the superhero film

One of the most-awaited superhero films Avengers Endgame hit the theatres on Friday. As expected, the excitement among the fan is at a very high level and the tickets were sold out in a flash even before the release of the film.

Bookmyshow has sold 1 million tickets of the film in just over a day. The earlier Avengers film released last year- Infinity War- had also sold a million tickets, but it reached that number only a day before the release.

The film is releasing in English, Hindi, Tamil and Telugu in 2,500 cinema halls across the country, making it one of the biggest Hollywood releases in India. The craze for the film is so much that major multiplexes across India are screening it even post- midnight. It is an exception, especially for a Hollywood film. Avengers Infinity War crossed the ₹100 crore mark at the box office in its opening weekend itself. Avengers Endgame is expected to break this records.

Talking about the Avengers Endgame, Siddharth Bhardwaj, Chief Marketing Officer, UFO Moviez, said, “Marvel has worked really hard to build each of its superhero franchise fan base. #endgame is dawning audiences for all these individual superheros. The digitally-connected world helps content creators to activate fans in deepest corners of the world and @avengers has managed to do this very well. Record breaking BO numbers are expected not only from top cities but huge occupancies are being reported at tier I and tier II towns also.”

Films with such a hype, meanwhile, also excite brands which try to cash in the popularity. And brands interest in Marvel heroes comes as no surprise as it gives them and their products a global recognition.

Avengers Franchise has always been a hit among brands. In 2015, Marvel had collaborated with 50 brands for Avengers: Age of Ultron across various categories. At that time, it was touted to be one of the highest brand associations for any film in India. Last year also many brands collaborated with the Avengers-Infinity Wars.

Considering that this is the last iteration of the Avengers franchise, there is no doubt that brands will try to cash in on the frenzy. And some of them have already come up with interesting creative inspired by the film. 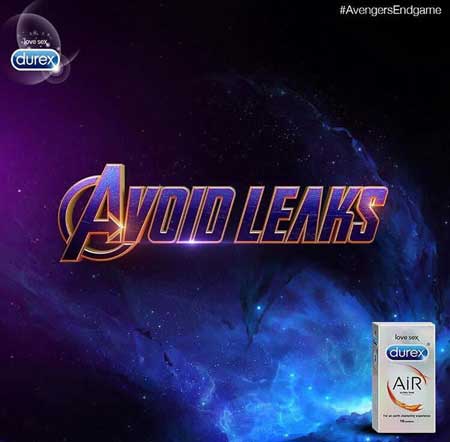 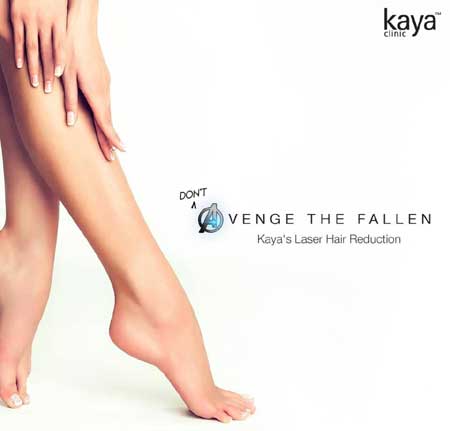 We suggest you go out and SKORE while you wait for tickets to become available again. #ItsANaughtyWorld

eBikeGO ropes in Harbhajan Singh as brand ambassador
22 hours ago

There will be a huge jump in digital advertising when 5G happens: Nandini Dias
4 hours ago

Pay per view is a tough model not just in India but everywhere: Kranti Gada
5 hours ago