Star India network has garnered a cumulative reach of 352 million in the first 26 matches of IPL 2021 compared to 349 million in the corresponding number of matches in IPL 2020 (Source – BARC TG: 2+U+R). The broadcaster said that the upward trend reflects the loyalty of the fans and the popularity of the Indian Premier League.

"We are humbled with the response to IPL 2021. While it's heartening to know that more viewers tuned in to watch this IPL season than the one in 2020 (at the same stage of the tournament), we still believe that postponing the season was the right decision to ensure the safety of everyone involved and in line with the prevailing situation in the country,” said a Star Sports spokesperson.

The IPL megacast with 9 different feeds in multiple languages along with broadcast innovations such as simulated crowd sound and dynamic audio kept viewers equally engaged as the last season. The Star India network had earlier announced that it had clocked 323 million total impressions for the opening match of IPL 2021.

The opening match between defending champions Mumbai Indians and Royal Challengers Bangalore received a tremendous response, bigger than opening matches of all other IPL editions held previously other than Dream11 IPL 2020 and 42% higher than the edition in 2019. This year, nearly every third TV-owning household in India watched the opening match live. 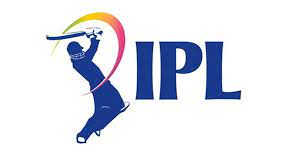