Looking at brand engagements which made all the noise on the social media, especially Twitter, during IPL, according to data from international media intelligence company, Meltwater

According to the data collected by the international media intelligence company Meltwater. the time frame between April 20 and May 3 saw telecom providers and handset brands making the most noise in the social media especially Twitter.

Vodafone leveraged the IPL fever and launched one of its most loved assets Zoo Zoos. As a result one of its episodes (‘relaxing massage’) saw wide-scale engagement on Twitter, followed by YouTube. On the latter alone it received 21 million views. While on Twitter it is few of the trending hashtags were ‘Vodafone,’ ‘Zoozoos,’ ‘relaxing massage,’ ‘My Vodafone App’ and ‘stressed.’ 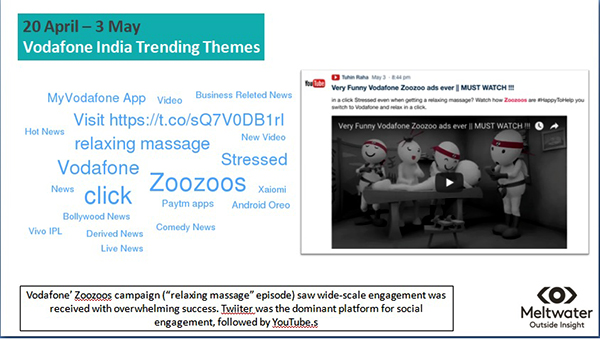 Its competitor Airtel witnessed most traction for its competition on T20 Season Pass on Twitter. The trending themes were Airtel India Page, #T20onAirtel4G, Airtel and T20 Season Pass. Advertisements around the same campaign got the telecom provider into trouble last month when Reliance Jio claimed that they "falsely proclaim" that Airtel was offering "live and free" access to T20 cricket coverage and also "falsely represented that a subscriber need only obtain a 4G sim from the defendant company and download the Airtel TV app to obtain a virtual season pass, that is live and free access to T20 coverage". Hence Bharti Airtel carried a disclaimer that under its 'live and free access offer', only subscription to video streaming platform Hotstar would be free and data charges according to the subscriber's plan would apply. 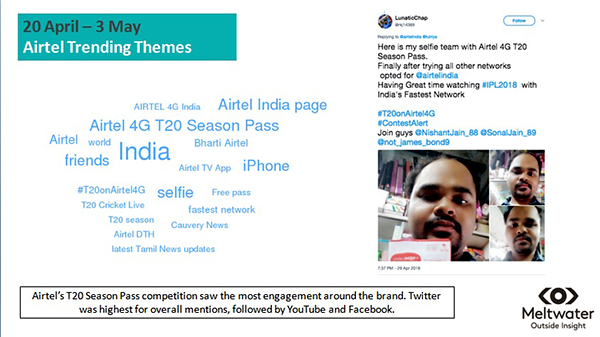 &TV to telecast fresh episodes from July 13
3 hours ago