The most popular sporting event in the country IPL has been the biggest platform for several brands in India. While established brands have for years been pumping in huge advertising money, a string of homegrown startups are too not holding back. Now more than ever with time, these homegrown startups have managed to pull off new-age creative ads to appeal to the already short attention span of today’s millennials, thus making big brands run for their money.

Among the IPL ads this year, Anupama Ramaswamy, Managing Partner and National Creative Director, Dentsu Impact likes what CRED has been doing.” Their ads are irreverent, fun and engaging. They catch the attention and that really works,” she says.

Ramaswamy notes that startups are doing much better work than more established brands this season. “Dream11's work was not as good as it has been earlier. The year is the year for the ones who have the spends. Every marketer is saving for the rainy day. And that day comes as we speak. We all need to find innovative ways to stay relevant yet be mindful of the spends. Case in point the IKEA strategy of taking over every IPL ad with its own offering,” she adds.

Furthermore, Ramaswamy contends that it is not about doing better by spending more, instead, it is about finding a brand’s voice in times that are unpredictable.

Apart from TV, the rising popularity of OTT platforms have not gone unseen by brands who look to advertise. With lockdown in place and more spare time in hand, screen time for Indians has increased. A report by Ericsson Mobility reported that average Indians screen time increased by 2 hours during the lockdown.

Mitchelle Rozario Jansen- AVP Operations (West), WATConsult, too believes that the IPL spot for CRED caught her eye for several reasons. “The 'Great for the good' series has the internet in splits. Watching their celebrities in new avatars has been noted and how. When I saw the Rahul Dravid version, the marketer in me couldn't enjoy the ad as a mere audience. My brain began to churn thoughts on why this ad worked. Probably it's the influencers and ambassadors used in these ads; their personalities were analyzed well. Showcasing the contradiction of real-life vs reel life really paid off!

"Sometimes you should let others do your talking. For amplification of the video, other influencers were leveraged to post the content out. UGC / ORM strategy needs to be tight. Anticipate the response to your content and keep the content handy to be able to participate in the conversation in real-time,” she observes.

For Shradha Agarwal, COO & Strategy Head- Grapes Digital, the ad that piqued her curiosity is also the CRED one with Rahul Dravid. "The ad crossed more than a million views within an hour of release which depicts how well it caught everyone’s attention. The film breaks the mould with a simple idea- and breaks the clutter. Very few ads get so much appreciation and go viral like this, and hence it becomes one of the best ads of the season.

"The other ad which is close to me is Dream11ad #TeamHaintohMazaaHai. The best part about the ad is that the gully cricket scenes melt your heart and excite you to watch the IPL," she said.

Among the new entrants, digital stock brokerage Upstox recently beat Groww to become the official partner of the Indian Premier League (IPL), joining startups such as fantasy sports platform Dream11, e-payments firm CRED and edtech startup Unacademy, which are also sponsoring the T20 tournament with around ₹50 crore per year.

“While the usual green screen ads, shot with players within 45 minutes are still the flavour of the day, there are a lot of ads that have stood out in delivering creative excellence. CRED, Livspace have owned the absolute absurd genre. Special mention to Rahul Dravid’s performance. If ever there can be a clutter-breaker, this was it. It took social media by storm,” he says.

Gopalakrishnan opines that brands like Dream 11, My11Circle have stood out by the sheer weight of monies pumped into media. "Not the biggest fan of their content, but it’s effective and repetitive. However, my favourite this IPL season is Unacademy. The integration is so seamless, that it almost looks like a part of the IPL Content. And it does not try too hard. It's cheeky in its own way without losing out on the clarity of messaging. They hit it out of the park last IPL as well with ‘Cracking the game’ - that makes it two times in a row.”

Snehja Sanganeria, Co-Founder, Meraqi, notes that startups that are striving to get their names printed on the minds of the audience, especially online apps or organisations that are not specific to regional audiences, are choosing to present their best work during IPL.

“These startups are almost drawing a parallel between how US brands treat SuperBowl. A major benefit of IPL ads has been heavy reach throughout the country, forcing the audience to take interest in the ads. More established brands have a wide reach already, making it easier for them to choose a more conventional method and opting for advertising in targeted groups,” she observes.

Sanganeria adds that while CRED ads have been the most popular of the lot, she can't help but lean towards Dream11 for how apt their campaign '#TeamHaiTohMazaaHai' has been. “Capturing the essence of the brand, the crux of IPL as well as reminding people of nostalgic times when they would do anything for their gully cricket team, these ads have hit home. There's no better platform or timing for these ads,” she contends.

Furthermore, Sanganeria hints that IPL 2021 ads have been refreshing as brands are trying their best to reach out to an audience that has been working from home through the year. “Appealing to the emotions of the audience, most of the ads are about making the audience laugh and enjoy the spirit of good times, after the year we've had. Celebrity endorsements have been another highlight for brand recall,” she says.

Mehul Gupta, Co-Founder & CEO at SoCheers, observes that newer age brands are trying to sell their product proposition creatively, whereas the more established brands are going with direct brand communication with their acquired KOLs.

"I believe all brands only get their best game to IPL, they use things they know will drive users to remember their product. Cricket in India enjoys such a variety of audiences that an Ajay Devgn ad for Vimal Gutkha or an ad by MPL - both are reaching their audiences well and are able to drive visibility for their brands equally,” says Gupta.

Speaking about the ads that stood out for him, Gupta shares that brands like ads from Acko Insurance, CRED, MPL, Pharmeasy and Unacademy have ticked all the right boxes when it comes to their creativity and the freshness of the ideas used.

“I think the one by Acko Insurance is good; it's a good use of talent and explains the brand proposition well. CRED is something that everyone is talking about. I think the approach is very fresh. MPL has done something really creative and groundbreaking and this campaign should be driving good conversions for them. Pharmeasy ads are also creative, short and direct to the point. I think Unacademy has nailed it by making a smart integration of the commentary box with the right casting. It looks less like an ad and more integral into the match itself,” he says.

Agarwal chimes in: "Nowadays, brands have to brainstorm new ideas to stand out in the surfeit of ads. This year ads from brands like MPL, Dream11, CRED and Unacademy have brilliantly caught viewers’ attention and have compelled other leading brands to turn their heads. The foremost reason is they are a digital-first brand and they are open to experimenting with several smaller ads of 15-40secs rather than putting everything in one long TVC format. By doing so, the possibilities are high that one of your ads will get viewers love and it will put the spotlight on the brand.

"The ads are produced so well that they do not feel forced but relates well with the audience. All of these ads, don’t amplify the brand's proposition or messaging straight into the consumers head but gives you engaging and entertaining content. The learning is that brands and agencies need to think of themselves as publishers and not advertisers and cater to their audience’s consumption patterns if they want to make a hit."

This year, all the matches are scheduled to be taking place at five venues — Chennai, Mumbai, Delhi, Ahmedabad, and Bangalore. The final of the tournament of the ongoing cricketing extravaganza will be played in Ahmedabad on May 29th, giving brands a world of marketing opportunities to capitalize on. 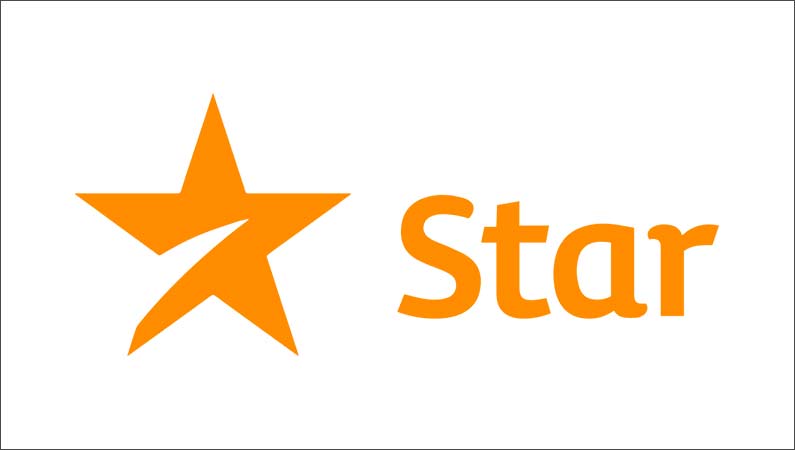 ipl How MPL capitalised on IPL 2021
8 hours ago