Six 'Unicorn' Start-Ups get NDTV's Indian of the Year Award

NDTV Indian of the Year awards were announced recently celebrating the ideas and individuals who inspire India. The awards had winners ranging from India’s Unicorns to the Chennai Flood Heroes, Amitabh Bachchan and Saurav Ganguly as well as actors, Irrfan Khan, Deepika Padukone and Ranveer Singh.

Presenting Sponsor for the awards was LIC of India and Associate Sponsors were PayTm, Sensodyne AND Titan Juxt.

The big winner,NDTV’S Indians of the Year were the Startups, six Unicorns, Flipkart, Paytm, Snapdeal, Quikr, Inmobi and Zomato.

Speaking at the event, Paytm Founder Vijay Shekhar Sharma made a strong pitch for Net Neutrality. Narrating why he said No to Mark Zuckerberg who called asking for support for Free Basics, Sharma said, “India is not going be to colonised once again via the internet, we are not Third World when it comes to the Digital World.”

Receiving the Award for Transformational Business Leader of the Year, SBI Chairperson, Arundhati Bhattacharya quizzed Telecom Minister Ravi Shankar Prasad on different issues from mobile call rates to spectrum auction. She suggested a model for handing out spectrum to only to those telecom players who commit to spending on improving India's infrastructure, but the Minister felt it’s an idea that won’t work, and said, “ One model cannot have universal application. In India, we have clear instructions from the Supreme Court that the natural resources need to be divided by auction. The fault in this model is that there won’t be competition. But in the end, it is good governance that will find a way out.’’

Tennis ace Sania Mirza and badminton champion Saina Nehwal, both were awarded the Sportsperson of the Year and joked about their mutual Hyderabad connection and the confusion over their similar sounding names.

Conservationists Valmik Thapar and Belinda Wright were honoured with Real Tigers Award at presented to them by Amitabh Bachchan.

Congratulating the winners, Vikram Chandra, Group CEO, NDTV said, "We take immense pride in presenting the Indian of the Year 2015 awards. This year, we have not only recognized the contribution of individuals who have played a significant role in nation building, but also ground-breaking ideologies. We are delighted to honour this year’s winners for their contribution to the nation.”

Sonia Singh, Editorial Director of NDTV said, “ Everyone honoured here tonight is a real hero, from the little slum boys in Chennai who worked selflessly to help others during the floods to the Startups who are providing thousands of jobs and of course our film & cricket stars. All our winners make us all proud as Indians.”

‘Where’d You Go, Bernadette’ to premiere on MN+
20 hours ago 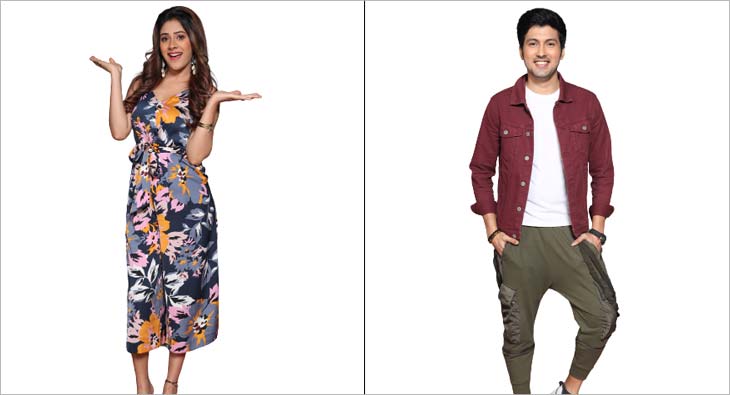 industry-briefing ‘Where’d You Go, Bernadette’ to premiere on MN+
20 hours ago