Haptik, one of the world’s largest conversational AI platforms, became an integral part of the success story of Dream11 when Haptik’s chatbot handled over 80% of the 1 million+ customer support queries received by the India’s largest sports game during IPL 2018!

Early on in the tournament, the Dream11 team realized that in order to cater to the huge inflow of user queries, they would have to drastically scale up their existing customer service team, which would involve a huge investment on recruitment, training and operational costs. This is where Haptik’s chatbot came in with its technology and capabilities to handle customer support queries. 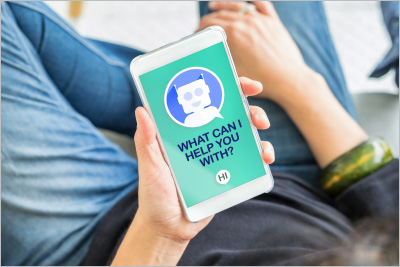 Haptik bot seamlessly handled a 30X spike in user queries compared to the pre-IPL season, effectively answering various concerns of the users. Haptik’s analytical dashboard provided real-time data and updates to the Dream11 team regarding user engagement. The chatbot resolved queries at an average of only 32 seconds compared to the 4-24 hours’ time frame required by a customer service team to answer a query.

Commenting on the successful association, Harsh Jain, CEO and Co-Founder, Dream11 said, “We've found that Haptik's chatbots are one of the strongest, most technologically advanced in the market and understand the Indian user and sentiment extremely well. Our success this IPL season with over 4 crore users would not have been possible without Haptik’s chatbot being the wind beneath our wings.”

Elaborating on Haptik’s strategy or achieving a successful integration of its chatbot, Aakrit Vaish, Co-Founder and CEO, Haptik, said, “Right from the get-go, our priority was to develop a bot that could handle a large number of customer support queries rapidly. We identified a set of common queries which were being asked frequently and programmed our bot to efficiently address such concerns. This helped Dream11’s team members to focus on unique queries involving complex procedures or user-specific cases, thus developing a comprehensive customer engagement mechanism. Our chatbot handled 80% of Dream11's support queries during IPL 2018, resulting in a 10X ROI for them. Dream11 has certainly been the most popular fantasy cricket app during this IPL, and we are glad to have been an integral part of its success!”

In its first video campaign, Rapido gives #PromiseofProtection
11 hours ago

Are you still wondering #KahanGayiCadbury?
17 hours ago