As delegates gather to celebrate the very best in advertising and media work from India at Goafest 2019, exchange4media spoke to some of the contenders

As delegates gather to celebrate the very best advertising and media work from India at Goafest 2019, exchange4media spoke to some of the contenders for today’s Broadcaster, PR, Still Craft, Design & Direct Abby Awards have to say.

oafest is India’s biggest advertising festival and we are delighted to be closely associated with them. It’s an honour to be recognized for our leading shows and campaigns like Kesari Nandan, Gath Bandhan, I  ndia's Got Talent, Dance Deewane and Khatron Ke Khiladi - Jigar Pe Trigger. At Colors, we have always believed in bringing forth ground-breaking content and we have always ensured that our campaigns resonate the same spirit. Integrated campaigns like Khel Kesari left a major impact in the industry owing to its deep-rooted creative marketing planning. We plan to surprise viewers with many such unique propositions and these nominations only inspire us to continue leading the curve.

Goafest is a prestigious platform for the industry to come together and share knowledge, ensuring a certain value add for all the attendees. The insight for our Zee TV campaign of Sa Re Ga Ma Pa was that the world has become increasingly schismatic and identity politics has taken centrestage. India has always stood for unity in diversity, but in these divided times, the idea was to touch upon the unifying power of music and celebrate Sa Re Ga Ma Pa as a platform that unites every music lover, without any discrimination of caste, creed, colour or background. That gave birth to the idea of the Rashtriya Sangeet Party, a parody political party whose agenda was to take a stand against identity politics and call for unity through music. It created significant traction on social media through posts, videos and films that attacked divisive mindsets. Zee Bollywood has a unique brand positioning that promises 101% Shuddh Bollywood content. The brand positioning drives the content choice and marketing campaigns for the channel. The idea behind the promos was to bring alive the channel’s brand philosophy of showcasing ‘Masalon Se Koot Koot Ke Bhari Filmein’. The engaging narrative and premise of the films weaved in the essence of Zee Bollywood in an effortless manner by bringing alive 101% Shuddh Bollywood.

We are glad to be shortlisted for the ‘Broadcast Abby’ and it is an honour to be appreciated by such an eminent jury. Our ‘Khabrein Desh ko Rakhe Aagey’ entry is an intriguing campaign that aims to bring forth efforts of ABP News to keep its most important stakeholder, the viewer, ahead on the continuous developments happening in the country. The campaign speaks about the story of every reporter, who acts as the sentinel of truth, driven by boundless passion and unflinching determination that has helped ABP News in keeping the nation and viewers ahead. This endless determination and struggle to do righteous reporting has been captured beautifully in the film. This was something that was previously unseen in the entire news genre. Our belief in the philosophy of putting the viewer’s needs and preferences at the centre has worked well for us. Our nomination is a testament of insightful, intrepid and visceral news coverage that has helped in building good brand equity and we believe our campaigns have just done that.

‘Path To Life’ is part of Times Now’s relentless pursuit of public interest journalism, which has actively pursued causes that led to either societal reform or legislative amendments, so that the lives we lead change for the better. ‘Path To Life’ therefore was conceived to sensitize the citizenry against displaying a shocking disregard for life. Very often, life ebbs away in the back of an ambulance only because we as a society are too apathetic to empathise with the trauma of our fellow citizens. The campaign's strong message was aimed at shaming us out of our callousness and I’m glad the film struck a powerful chord resulting in 8.8 million views on Facebook, with over 1 lakh shares and 66,000 views on YouTube.

Viral Pandya, Co-Founder & Chief Creative Officer, Out of the BoxThis year, we have received two nominations – one for a campaign we did for Osho Flexibles Limited and the other for Presidium Schools. Osho is into rotogravure and CI Flexo printing, so they manufacture the plastic that packages chips and bread. They were coming out with a new factory and they wanted to do something different. So we made an 80-pages brochure which talks about USP very creatively. This has been nominated in multiple categories. We also got a nomination for Presidium Schools for a programme we created for them which says if your child wants to grow up as a balanced adult, there are 10 things you need to inculcate now to help him fight it out in the future. This work includes working on their entire identity, brand, books, posters and a whole lot of things. We are very excited about both the nominations.

There are three brands we have entered this year, Lawman PG3 and Integriti Jeans, which are both denim brands and Peppermint Kids. We have a total of 32 shortlists this year from our agency. As an agency, we are rooting for all our work that has been shortlisted because we have done some great work on these brands and I would love that every brand wins. We are pretty upbeat this year considering so many of our campaigns have been shortlisted. We are rooting for getting double digital trophies.

We are more into doing solid brand work and don’t believe in doing one-off campaigns for brands. We manage brands like Nilgiris, where we have been able to come up with unified campaigns for the brand, and we are very proud of that work. And we are very happy it was nominated. There are a few brands where we have managed to bring about a change in the last couple of years, like Opium Eyewear, Nilgiris and Mumbai Press Club. We have been winning awards for our work on these brands. We have also been nominated for our work on Desk & Coffee for packaging. It’s a new brand under Opium and we are very proud of the work we have done on the brand. We are looking forward to Goafest and hope the campaigns will do well.

Being led by our mantra of delivering brand-led growth through inspiring thinking and brilliant, expansive creativity is what makes the work we create at Landor lasting and effective. Although our work delivers 'value' in achieving the long term business objectives of our clients, it isn't always perceived as the most stand-out creative, especially up against the campaign driven communication of our advertising colleagues. It is for this reason that we are delighted to have been nominated for eight Abby Awards this year, a great confirmation that the judges recognise this 'value' too. All credit to our outstanding team who have had a fantastic year, pushing boundaries and producing exceptional work, we are excited to see how we'll fare.

Abbys & Goafest form a very significant part of the Ad Club’s identity. This year, the Elephant team decided to send a sole submission of Jawa Experiential Retail Design at these awards. Based on the authentic character of Jawa motorcycles, this Book Café themed experience has been brought to life by our retail design team. In a short span of three months, one hundred showrooms have been opened across India as an ode to the Jawa Experience. This work has already won at VMRD Retail Design Awards along with another prominent award. We couldn’t be happier when we learnt of the shortlist at Abbys. Now waiting with fingers crossed for the hat trick.

The best thing about our nominations is that for our regular everyday work done for our biggest brands – idea first, media agnostic, category-defying, beautifully executed, work. We entered just two campaigns and both have got nominations across categories. Arrow – #BestIsYetToCome defies the rules of the category by signing on an 82-year-old man as a fashion model and doing a photo-shoot with him to announce Arrow’s 25th anniversary. While Daily Hunt’s #HarBashaEqual started a conversation on ‘language inequality’ which the whole country joined in – this was an extensive social experiment activated and filmed with real achievers and their doppelgangers. Fingers crossed for both campaigns.

Madison PR has been nominated for work on Red Bull and Coty India this year. Each of our campaigns were super successful in creating buzz and leading to business results for our clients. We are excited about the spectacular campaigns we have crafted and confident our work will bring glory.

Right before we officially announced the launch of Alexa and Echo devices in India, there were speculative stories doing the rounds, and the challenge was to adapt Alexa specifically to the India market. We got a global spokesperson to meet key tech media for one-on-one interactions announcing the launch of Echo, Echo Dot and Echo Plus in India. This helped us get high-format feature stories across leading media outlets around how Alexa was trained to understand Indian accents, context, and phrases. These features largely highlighted how Amazon Alexa had the first mover advantage in voice-assistants space in India. This was followed by product briefings with key tech reviewers, bloggers and social media influencers across cities resulting in over 300 stories and immense chatter on social media platforms with over 50,000 views and 72,000 impressions.

Looking forward to the awards and hopefully we will make it much bigger than last year. We are participating in multiple categories like creative for cause marketing, innovative creative ideas etc. Cheers to Dentsu Webchutney.

Credibility & relevance of content key to growth of a news organisation: Aroon Purie
10 hours ago 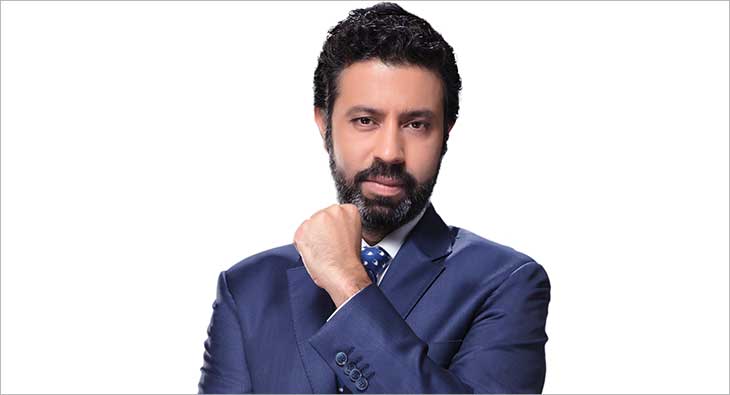