Bollywood personality Manoj Muntashir and Vijaykumar Jain (Founder & CEO of Headsail Media Services) were entrusted by IDBI Bank with the responsibility of creating a simple, understandable and impactful advertising film to promote the existing Video Account opening Facility of IDBI Bank so that new accounts can be opened hassle-free and VKYC for the existing clients can also be done.

Commenting on this Muntashir says “The film idea, script and format all just got done in a day by our team. As the client had very clearly briefed us & wanted it to be simple & sober, it took just one meeting for their approval”.

Vijaykumar Jain added, “Executing the same during this Pandemic on short notice was a challenge but we made it possible by swiftly working to get necessary permissions and managing the talent in the given tight schedule. This ad film will be promoted on Digital media platforms”.

Director of the film, Sanjay Gupta remarked, “The script was crisp and we had to produce an engaging functional TVC which is always challenging. We kept it simple & to the point to make sure that the messaging is clear. I am happy that it is engaging audiences well and client is delighted with the output. That is what matters most to us”. 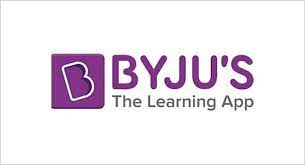