Looking at the bright side of 2020

Did you ever imagine an IPL without audiences in Dubai or Fifty-two crores raised by 100 celebrities on Facebook's IForIndia or Bundesliga went on with audiences watching from home and that Mike Tyson returned to the ring with 1.2 million people on Pay per view raising 80 million dollars? Celebrities such as Billie Eilish, Johnny Orlando, Justin Bieber, Miley Cyrus, Taylor Swift, Russell Peters, XO/BTS, Metallica, Liam Gallagher, Pitbull, Joe Bonamassa, Britney Spears, Ellie Goulding, and Avril Lavigne have either performed or will be performing with a virtual audience. Live streaming indeed has been the easiest and the most hassle-free format of entertainment as the world has been adjusting to the new norms of life. Several artists and musical institutions have taken the show online to share some musical joy during these trying times.

You would argue that it is the entertainment world's worst nightmare that performing live to a camera and screen has been hailed as the new normal. What would our future generations look back at 2020 and say about our entertainment options? I think they would say we fought, survived, and entertained the world inside their homes, on their screens, and made millions smile at the peak of what everyone called an impending doom. I think future generations will take a bow at the sheer writ of the industry adapting to technology in the quickest of ways. When Mike Tyson and Roy Jones Jr fought a league of legends matches preceded by Lil Wayne and French Montana, I watched it on a small screen in Mumbai, paying 49.50$. I can tell you it felt as close as possible to the electric energy of a Boxing Arena. If I were to quote examples from closer home, Bacardi NH7 Weekender, VH1 Supersonic Plug-in, Jaipur Literature Festival, and many others have successfully transitioned into the virtual route to entertain and engage with their loyal fans and followers. At ZEE Live too, we got our A-game to the world of live entertainment and lived up to our promise of entertaining our audiences with virtual shows. We worked with the best of talent -over 150 creators from across genres of entertainment, food, fitness, entrepreneurship, music, cinema, literature and politics to quote a few – and created over 110 hours of original content. It's A Girl Thing India onboarded 40 incredible female creators, Arth Online hosted 26 highly respectable stalwarts in arts and culture, at Supermoon House Party 11 of the finest artistes in comic and music performed and for Supermoon Live to Home we engaged with 55 artistes. We even partnered with Zee International and onboarded 24 artistes to connect with the Indian Diaspora across 137 nations in five continents through Supermoon Live to Home – International.

What amazed me the most was, when Rann Utsav at Kutch sold out 70% of tents the week they launched their tickets, and people were willing to step out of homes and attend an on-ground festival. Personally speaking, I was overwhelmed when we at Zee Live partnered with Zee Studios and premiered Khaali Peeli in a Drive-in format, and all our six shows were completely sold out; families came in the comfort of their cars and were thrilled to experience a new movie after months, munching their favourite popcorn flavours and not being worried about safety and hygiene

Yes, it has in every sense been the year we best let go of and look into the future. But as business leaders in the entertainment world, we do not deny that the revenues have started to return healthily. It is heartening to see sponsorships on most virtual gigs. We should take a moment while we wrap this year, hold that glass high and celebrate the fact that the playing field is now even. Given the ease of access now, millions of pre and early teens are consuming entertainment through live stream and pay per view, which is not something we saw much of on-ground. Digital viewing has brought young fans tad bit closer to their favourite creators and it is only a matter of time before we see them step into live concerts. I spoke to a mom in my office who bought her 14-year-old daughter a Johnny Orlando India Tour screen ticket with a meet-and-greet personal with a hoodie thrown in for 6500 INR; she said 'Swaroop, who is this Canadian guy? I haven’t heard of him, but my daughter is on top of the world'.

Normalcy is slowly but steadily getting restored; the Live Entertainment Industry is also bouncing back, once on-ground shows will begin with new regulations set by Governments. As global entertainment producers, while we are working very hard to ensure the live business experience comes back, we must genuinely celebrate the opportunity that millions of 14-year olds gave us. They accepted and showed us they will always love to see their popstars live on-ground and live on screen. The past few months have challenged us creatively, only to bring out the very best. We've become more mindful – of the environment, of the arts, and relationships. So, let's pat ourselves on the back and roll our sleeves for whatever 2021 brings. 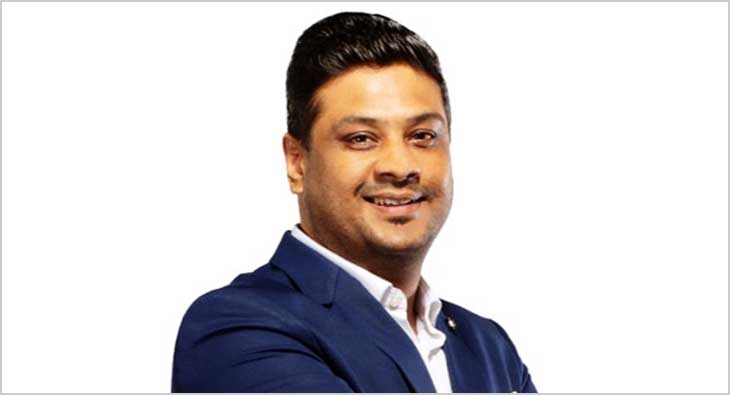 experiential-marketing Where will experiential marketing spends go in 2021?
17-December-2020

experiential-marketing e4m Red Carpet 2020: Need of the hour is to talk about ‘Guest Social Responsibility’
21-October-2020