The chatter dashboard is made up of real life tweets from Indians, and their aspirations pertaining to their dream products

ZenithOptimedia Group’s performance marketing arm, Performics has created an animated and interactive Twitter chatter dashboard for OLX. This unique chatter dashboard is made up of real life tweets from Indians, and their aspirations pertaining to their dream products.

On ‘Dreams Come True Day’ which fell on January 13, the hashtag #Dreamscometrue trended for more than eleven hours, after conversation on Twitter took on a viral effect. The initiative created organic conversation and OLX engaged audiences without a contest or other explicit marketing efforts.

The campaign allowed users to tweet, or interact via banner ads on an external location on the #Dreamscometrue theme with the tweets immediately appearing on the OLX dashboard. The dashboard is animated in the form of bubbles. Each time a user clicks on a bubble, he can view a tweet.

Mayoori Kango, Chief Digital Officer, ZenithOptimedia Group said, “We wanted to project OLX as an enabler of dreams. The purpose of any social campaign is to take off on an idea or a thought that resonates with the public. By getting users to talk about their product wish list, we trended on all eight days of the campaign. There was no in-your-face advertising here. What started out as a conversation, took on a viral effect and before you knew it, third party brands also caught on to the trending topic.”

The campaign ran for most of January, and there were other hashtags used in the campaign, which included #Giftingme, #Chahiye, #Ineed and #Iwant #LookingFor. These themes were just as successful. Out of eight hash tags that were created by Performics, six trended in the top 10.

Mailers were sent out to users where they were encouraged to tweet their wants. Adverts that ran on Instagram and Facebook came with interesting copy such as “Dreams turn into reality with OLX.  Tweet the product you want using hashtags #Iwant #Ineed #Chahiye today and let us find that for you on OLX.”

Gaurav Mehta, CMO, OLX India said, “Everyday OLX enables dreams by bringing people together for win-win exchanges. #DreamsComesTrue campaign captured the essence of OLX as a brand, integrating the campaign message to aspirations that people resonate with. We look forward to creating many more great digital campaigns with Performics in the future.” 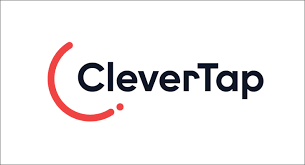