According to the report, collectively, Oru Adaar Love and Priya Prakash Varrier were mentioned 2,723 times on editorial media and 89,785 times on social media globally, in the last week alone

Who knew that it would take just a wink to take the Internet by storm? The upcoming Malayalam movie Oru Adaar Love seems to have ticked all the right boxes given the digital attention its teaser, thanks to its leading lady Priya Prakash Varrier, has garnered.

This is Varrier’s first full-length commercial film and as she winked in the the teaser, she  became a global internet sensation overnight. So much so, that the young actress, now eagerly awaiting the release of her debut film, has amassed around 4.5 million followers on Instagram, on last check, and has even beaten the likes of popular Bollywood actress Deepika Padukone and Facebook Founder and Instagram owner, Mark Zuckerberg.

The 30-second clip shows a schoolgirl (Varrier) and her classmate exchanging smiles, wiggling eyebrows, blowing kisses and winking at each other. What began in Kerala, India, quickly spread nation-wide,  reached Pakistan and then globally within hours.

Meltwater, the global media intelligence company, tracked and analysed mentions of the film and of Varrier across online, editorial and social media. If you were to go by the report, collectively, Oru Adaar Love and Priya Prakash Varrier were mentioned 2,723 times on editorial media and 89,785 times on social media globally, in the last week alone.

According to it, the trending themes surrounding the film mentions included “eyebrow girl,” which is what Varrier has been referred to by the media due to her enchanting eyebrow dance; “Kerala,” referring to the town where Varrier is from; “social media,” due to it being the platform behind the actress’ overnight fame; and “Siyadh Shajahan,” the name of the male lead actor who is completely floored by Varrier's  wink in the clip. Unsurprisingly, “Valentine’s Day” was also a popular term associated with the film in the last week, on account of the romantic theme of both the film and the day itself.

“Releasing the trailer on Valentine’s Day was either a masterstroke in strategic planning, or a brilliant coincidence. The clip was shared and spoken about all over the country, but what made it really special was that social media data showed that people were sending it to their crushes or their respective Valentines, on the Day of Love," said Nitin Bhatia, Managing Director, Executive Alerts, Meltwater India.

Bhatia revealed that the exchange of winks and smiles took the teaser video to over 4,3 million views on YouTube in 24 hours and took the actress’ social media following from 5 000 to 1,3 million in a matter of hours.

The buzz has now resulted in increased mileage for the film and points out how marketing strategies in Malayalam cinema seem to be undergoing an intriguing paradigm shift. It will also be particularly interesting to observe the longevity of Varrier's digital journey and how brands will leverage a topical catch when opting for influencer-marketing. 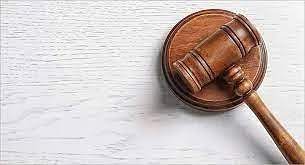