How cookie’s demise will impact cost of advertising

Publishers’ revenue too may take a hit, say industry experts

Third-party cookies have been termed as an imperfect way of targeting consumers with ads on digital platforms. Google’s decision to put the third-party cookie deprecation on hold till mid-2024 has reignited the debate about its likely impact on marketers and publishers.

While the demise of third-party cookies spells good news for consumers, it has major ramifications for the digital advertising industry. One of the key concerns among marketers is that they might have to shell out extra bucks for achieving the same marketing goals in a cookieless world. Publishers are still assessing the likely impact of cookie deprecation on their estimated ad revenue earnings.

Giving a marketer’s perspective, Dabur India Senior General Manager & Head of Media Rajiv Dubey asserted that the cost of advertising is always determined by market forces based on the prevailing circumstances. He also said that the importance of first-party data will increase in a cookieless world.

“Cookies will phase out in 2024 so it  will all depend on the market scenario at that point in time. Market forces decide the ad pricing whether it is TV or digital. The marketing world will become much cleaner and sharper after the cookie phase-out. Marketers will have to work on building their own first-party data, which is not so useful at this point in time as many companies have first-party data but they don’t know what to do with it. In a post-cookie world, the usefulness of first-party data will go up. Currently, we are using a lot of second and third-party data,” Dubey said.

He also said that the third-party cookie deprecation will be good for consumers while advertisers will have to grapple with a host of challenges. “As a customer, it’s good that my data is not getting shared with anybody. Marketers will have to take consent from users to collect their data. It will be much safer as far as data protection is concerned. As advertisers, third-party deprecation will pose a lot of challenges and we will have to circumvent those challenges,” Dubey said.

TVS Motor Company SVP-Marketing Aniruddha Haldar said that the digital advertising rates might see a dip while hoping that the third-party cookie phase-out will lead to a better digital experience for consumers. “In general, rates may optically see a downward movement. Though on effective cost per sale kind of a metric, it would be interesting to see how the elimination of third party cookies also impacts ad fraud overall. Here’s hoping that more consumer-oriented first-party methods lead to a better digital experience and ROI.”

Times Internet COO Puneet Gupt said there is broad agreement that average CPA from paid display/native advertising will likely go up at least temporarily after this change as targeted advertising becomes more cohort (than user) based. He added that driving exposure over an entire cohort (than a select subset of users of the cohort that 3rd party cookies enable today) will mean more spending to drive the same set of conversions hence higher CPAs.

"However, my estimate is that this will drive away some demand that is dependent on super low CPAs that come from narrowly targeted (privacy invasive) advertising to be profitable. As this demand goes away, the price of inventory will also drop (due to less competition) and CPAs should come down somewhat," he added.

Aqilliz Chief Business Officer Rajeev Dhal said that the per unit advertising cost might not change much but increased inefficiency will impact the unit economics for brands. “In other words, the same outcome might need additional inputs hence an effective increase in the cost of advertising is anticipated,” he added.

Mitul Sangani, COO - News18 & Revenue Lead - Network18 Digital, believes that brands will likely be affected and the cost of advertising will go up since publishers will build their own data lakes and will invest in technology to create alternatives for cookies less advertising. For the premium publishers, this will likely be more pronounced, he added.

The Trade Desk GM – India Tejinder Gill noted that important industries and markets, such as journalism, television, and music, rely on advertising to fund their content, and monetisation of that content is best fuelled on the open internet, where advertisers can make deliberate decisions about which content to support, and where they can measure campaign performance effectively.

Voiro Founder & CEO Kavita Shenoy feels that the cost of advertising will go up as the investment by publishers to change their monetisation practices will need to be accounted for.

“Even today, there is an inverse relationship between targeting vs. cost of advertising. The more specific the targeting, the higher the ad rate. The move to a cookieless world will mean: 1) dependency on intermediary ad tech to access relevant audiences and the need to pay for that tech. 2) move of ad dollars to larger platforms with their own first-party identifiers, where the ad prices were inherently higher,” Shenoy explained.

Impact on ad revenue of publishers

Gupt said publishers with low investment in first-party data will see reduced direct sustenance advertising. Publishers that depend heavily on indirect revenue will also see an impact on their revenue for two key reasons.

"A number of ad networks that use audience data (based on 3rd party cookies) to bid on valuable users will see their business models under strain. Without this understanding of value, they will drive significantly lower value (CPMs) and hence revenue to Publishers. As a result of the above, there will be reduced competition to BigTech and programmatic partners (Pubmatic, Index …) and will lead to a lower value (CPM) from them at the same scale of impressions bought," he expounded.

According to Dhal, publishers will not see a dip in their revenue in the near term since the cost of in-efficiency will be borne by the brands. “Some estimates do suggest an estimated 35% to 40% drop in revenue but I am not too sure about it,” he stated.

Network18’s Sangani pointed out that a large part of the impact will be determined by how prepared the publishers are in their own first-party data initiatives and the kind of audience and genre they have. “For the uninitiated, the studies have shown a 30-50% drop in eCPMs (The implementation of GDPR has demonstrated this to some extent across geographies),” he said.

Shenoy quoted a McKinsey & Co study published in 2021 which predicted that the industry will see a hit of $10 billion in ad revenue due to 3P cookies deprecation on Chrome Browsers. “This, coupled with downward trends in advertising spends highlighted in this quarter’s earnings reports of tech companies (who count ad revenue as their primary source of revenue), would have meant a significant loss.”

The Trade Desk’s Gill said relevant advertising is fundamental to sustaining the value exchange of the open internet. Impressions without an identity will only result in reduced efficacy for advertisers and a race to the bottom for publishers, he added.

“We will continue to build solutions that contribute to a healthier, more privacy-conscious open internet, including prioritising Unified ID 2.0 to help advertisers and publishers prepare as best as possible once cookies go away. Now is the time to innovate, just as major companies such as Disney and AWS have recently announced. Publishers should use this moment as an opportunity to plan and implement solutions now for the eventual deprecation of cookies to plan and implement solutions,” he said. 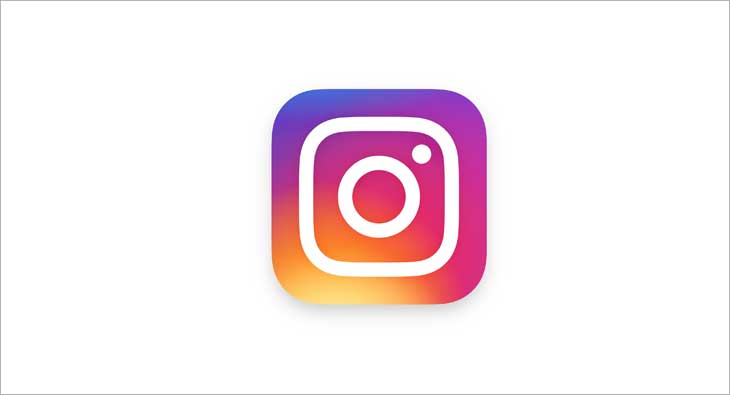