Experts believe that setting up of AVGC task force, focus on digital infrastructure & 5G rollout will fuel the growth of the gaming sector

Finance Minister Nirmala Sitharaman presented the Union Budget 2022-23 on February 1 amid the ongoing Covid-19 pandemic. With a heavy focus on digital infrastructure and investment, and also the setting up of an Animation, Visual effects, Gaming and Comics (AVGC) task force, the Budget has brought cheers to the Indian gaming industry, which is now gearing to level up and expand even more.

Vishwalok Nath, Director, World Esports Cup, emphasized that the new policies announced by the government will drive gaming and its associated advertising sector. “Esports/Video Games is a versatile industry and there is a huge scope for professional gamers as well as other jobs like casters, commentators, and other support staff appointed by the esports tournaments like producers, editors, analysts, product managers, game testers, referees, production crew members, event managers, social media managers, etc.”, Nath said.

Reacting to the government's statement that the gaming industry is a sector that generates various job opportunities for the youth while boosting the economy of the country, Roland Landers, CEO– The All-India Gaming Federation (AIGF) said, “The ideas proposed for the sector are very encouraging. We are thrilled and look forward to the AVGC task force that will give a major boost to the game development sector by building scale and adding to the overall online skill gaming industry’s momentum. AIGF and the skill games council of domain experts will be happy to assist, if need be, in playing a consultative role for the same.”

Agreeing with the same, Ankur Singh, CEO & Founder of Witzeal Technologies Pvt. Ltd added, “We see that the Government has also identified AI (Artificial Intelligence) as an area which would offer employment to youth, this would be a definitive component of the gaming industry. Moreover, the move to set up a task force to build internal capabilities to cater to domestic and international demands will help provide the much-needed push to gaming companies and developers.”

Lokesh Suji, Director, Esports Federation of India & Vice President of the Asian Esports Federation (AESF) said that it is encouraging to finally see the seriousness from the government towards this sector which has been long neglected. He noted, “The task force should consist largely of people who have been part of the "Video Game" industry and are playing an active role in shaping up the Indian video game industry.”

Sunil Yadav, CEO PlayerzPot also said the task force has come at the right time for those pursuing a career in gaming, adding that the sector is booming right now and needs more talented youngsters to grow. He said, “With the government introducing a digital rupee and a visible trend in crypto adoption, NFT’s will grow significantly.”

Beyond the proposed AVGC taskforce, other investments in expanding the country’s digital infrastructure as well as mobile connectivity were also welcomed, given that India is very firmly a mobile-first market. Industry leaders say the Finance Minister’s emphasis on the importance of mobile connectivity and broadband, especially in rural India, will help to reach mass consumers. Meanwhile, the implementation of the Bharatnet optical fibre cable contracts through PPP will make the digital payment gateway system more robust and result in indirect benefits to e-commerce and other online platforms.

The long-awaited rollout of 5G will also be a major game-changer according to gaming companies, as well as advertisers. A recent white paper by advertising analytics firm SocialPeta on Global Mobile Games, noted, "Users prefer to watch video ads nowadays when 5G networks have covered many countries/regions with the development of global mobile network technologies, video creatives have become the mainstream of advertising games as a result of the constant upgrading of mobile devices, and short video platforms and KOL influencers grew rapidly in 2021.”

According to Constance Gao, VP SocialPeta, this is because more ad creatives are taking the form of video which dominates and accounts for over 85% of all forms of ads. "It can be very challenging for a team to produce a great number of creatives. But having access to the ad creatives of other games or competing games can greatly help improve the production efficiency of creatives”, Gao added.

Roland Landers further commented saying that the announced tax extension to four years will benefit the entire start-up ecosystem in online gaming which is in the excess of 300 companies. Also, even as more gaming companies come up, the entire ecosystem will be enlarged, for everyone from players to advertisers to event organisers.

Sagar Nair, Co-Founder & CEO, Qlan, The Gamer's Social Network, concluded, “It is this continued acceptance that will lead to the progress of the Indian gaming and esports industry. First was esports’ entry in the Asian Games as an official event followed by a government-dedicated task force to work with the AVGC sector. I have no doubt that these initiatives as part of the national budget policy highlight the true potential of the Indian gaming & esports segment not only in India but also on the global circuit.” 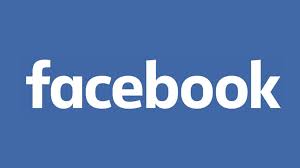