The total revenue of the social network giant stood at $ 11, 966 million, which is an increase of 49% compared to the same period last year

Despite all the controversy surrounding the data breach allegations, Facebook has reported strong financial results and an increase in the daily and monthly active users.

The social network giant has posted its latest quarterly results. According to the report, Facebook’s total revenue stood at $ 11, 966 million, which is an increase of 49% compared to the same period last year.

Interestingly, despite the hashtag #DeleteFacebook being prominent on social media following the data scandal, Facebook also reported a rise in both its monthly and daily active users. 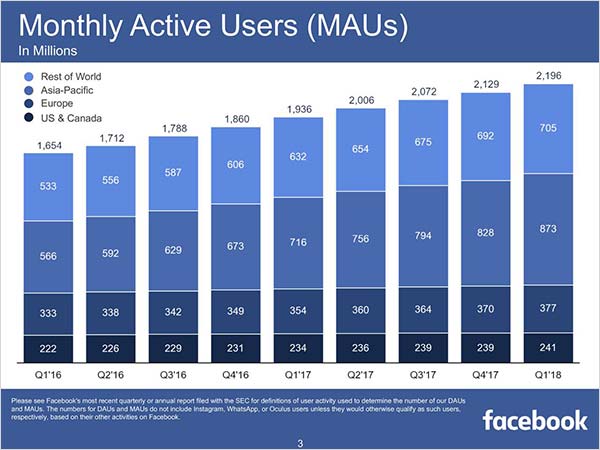 Commenting on the quarterly results, Facebook Founder and CEO Mark Zuckerberg said, “"Despite facing important challenges, our community and business are off to a strong start in 2018."

"We are taking a broader view of our responsibility and investing to make sure our services are used for good. But we also need to keep building new tools to help people connect, strengthen our communities, and bring the world closer together," he said.