Ever since the announcement of Elon Musk buying Twitter for $44 billion broke out, the world has been abuzz with the plans of the world’s richest man for the social media platform. According to industry experts, the final deal is, however, going to take some more months to hammer out. While it may indeed be the internet’s ‘town square’, where news and opinions are beamed out across the world, Twitter is also a vital platform for brands and advertisers, especially those in tech, auto, industry, and policymaking among others. Experts believe that Musk’s plans to bring about dramatic changes to the site’s functioning could have seismic shifts for a plethora of businesses.

For instance, according to Musk, proposed changes to Twitter’s algorithms, including making them open-sourced and viewable by concerned parties, are being done to promote free speech and reduce content moderation.

Freya D’Souza, VP – Strategy & Analytics, at Dentsu Webchutney, says that while this in itself will not have an impact in terms of content marketing, in the short term, over an extended period brands will likely end up noticing a lot more unmoderated content on their feeds. The proposal of the ‘edit button’ also works both ways, she says – it’s a boon for last minute corrections as campaigns go live, but can cut deep as editing tweets can also mean one can never truly gauge brand sentiment accurately on the platform.

“Mostly though, marketers will become wary of context. We’ve seen brands pull advertising from major social platforms in the past as their content showed up next to unsavoury or explicit content, and if there is little content moderation at Musk’s Twitter, one can assume this will change the profile of users over time,” she says, noting that it’s something for brands and marketers to consider.

Among the more polarizing changes proposed by Musk is the decision to have only human-run accounts, given the vast amount of bots that populate the platform, not least those involved in fraudulent cryptocurrencies, which Musk has promised to entirely eliminate. While many people are celebrating the proposal, there are some concerns about how legitimate companies’ Twitter operations, which are largely automated, might get affected.

Anand Nair - Co-Founder and Chief Creative Officer at 4AM points to some studies which analyzed bot-generated activities around Covid on Twitter and found that almost 50% of all tweets were likely to be bots. “Given twitter’s half-life of 20 minutes (Time for a piece of content to reach 50% of its total engagement) which is significantly lower than any other social media platform (5 hours for Facebook, 20 hours for Instagram, 24 hours for LinkedIn and 20 days for YouTube) tweets can influence opinions and create biases the way no other platform can,” says Nair.

He adds, “Increased engagement can give impressions of credibility which might not hold true. Hence controlling bots and fake accounts becomes important to ensure the human voice gets heard. Musk’s decision to have human verification or human-run accounts will not impact activities outside of the ambit of twitter. For example, customer service chatbots that operate on the company website or app will not be impacted even if fake accounts on twitter are taken down.”

D’Souza notes that these changes are highly welcome in marketing circles especially. “Musk’s mentioned trying to ‘authenticate all real humans’ which works well for brands who focus on building differentiated branded content – all marketers would love to see ROI on Twitter through increased legitimate engagement. Non-human though legitimate bots like service chatbots, etc. shouldn’t be affected either, most likely,” she says adding that this also means Twitter campaigns will now need to work significantly harder to gain outsized traction, considering campaigns might no longer be able to engage fake bots to amplify hashtags and tweets for added visibility.

Shrenik Gandhi, Co-Founder and CEO, White Rivers Media believes that the A&M industry will be positively affected by the proposed changes on Twitter. “With new propositions being made, Twitter is bound to grow, which means that the number of users will also increase. And as we have seen in the case of other social media platforms, when the users increase, brands will make their way to the platform and the scope for advertising will expand,” he says.

Another fact is that many agencies and brands have proprietary tools they use to glean data from Twitter users and trends. That leads to the question of whether this opening up of the platform could be cause for concern for exposure of these tools and systems.

D’Souza notes “While Twitter Analytics allows us to evaluate our own brand’s engagement metrics etc, it isn’t as forthcoming with tracking competition and other metrics. The use of third-party tools, in this case, becomes relevant as they allow marketers to evaluate category movements, competition tracking as well as monitor brand and category conversations.”

She believes that while too early to tell as to the impact of changes on these tools, if any, they (the changes) will be particularly relevant for B2B marketers for whom Twitter is the primary platform to target KOLs and other decision-makers.

Gandhi agrees, concluding, “It is honestly a tad early to judge the Twitter advertising scenario, considering we do not have concrete details about the ways in which the algorithm will change. But, like any other transition that takes place on social media platforms, this one too, will have its own set of challenges among advertisers. But with time, with trial and error, the advertising space will be figured, and will result in great impact in the long run.”

Shashwat Manohar, VP and Head-Digital at Enormous, thinks social listening will become a must have capability for many more brands to stay at par with their competition. "The opening up of the platform would lead to an explosion of listening and other Twitter data analytics tools, in a way bringing down the overall cost of access for such tools. This will make data and its analysis more accessible (from a cost POV) to marketers," he says.
Manohar adds, "I think a human-first approach will cut a lot of noise on Twitter created by bot-based, propaganda-centric accounts. However, for marketers trying to use Twitter as a CRM/customer care platform will increase efforts and ensuing costs while the quality of customer service may drop due to increase in response time across the board." 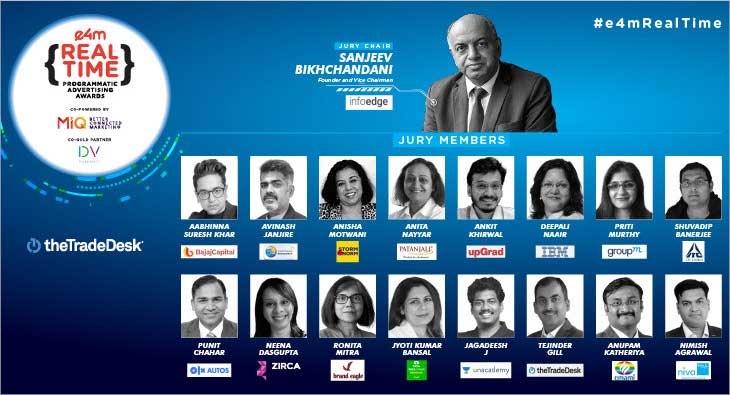