Ali Hussein, the CEO of Eros Now, speaks to e4m about his vision for the brand and how OTT platforms will maintain their momentum even after the corona crisis ends

On 24 March, Eros International Plc announced that Eros Now has forayed into English content. It marked the launch of Eros Now Prime, a premium English content platform that offered over 2000 hours of programming. The network has signed a multi-year content deal with NBCUniversal and is looking at more content deals with multiple studios. In a conversation with exchange4media, Ali Hussein, CEO Eros Now, spoke about the company’s vision behind launching Eros Now Prime, and its strategy around distribution and content.

Eros Now has recently forayed into English language content with Eros Now Prime. With so many players already vying for that space, do you think there is scope for more? What led to the launch of Eros Now Prime?

Historically, Eros Now has been a mass-market brand, catering to tier II and tier III audiences of the country. The way the internet penetration and infrastructure is spread across the country, we get a lot of internet subscribers from Bombay, Delhi and Bangalore. But in the last two or three years specifically, with the rise of mobile data consumption, we've seen a significant kind of population of data and internet grow across the tier II and III parts of the country and where Eros Now is hugely popular. As per the Counterpoint 2019 report, Eros Now has the largest market with a 60% share in tier II and tier III markets in terms of video consumption.

With the brand growing and announcing close to 187 million registered users and 26.2 million paid subscribers, our vision is to increase the brand from being a single-service mass entertainment brand to becoming a network. Hence, we launched a brand called Eros Now Prime.

Content can travel across geographies. We believe that stories are global in nature, whether it’s Indian content travelling across the world or it’s English content that’s coming to India. If you're able to provide language needs to consumers to access the content, then there is potential to grow the audience.

With so many OTT players in the market, how do you intend to make Eros Now Prime stand out in the crowd? What is the strategy to compete with other players who have had the first-mover advantage?

Firstly, in the past, English content, which was distributed to theatres and to TV channels had a strict distribution, because they didn't get as many screens in the rest of the country other than in South India and on TV channels. They didn't get the frequency for distribution across the country. Specifically, there are two core things to the strategy. We believe that by using technology as the means and looking at the language filters – allowing subtitles and dubs – we would be able to take good-quality English premium content across different parts of the country.

So it’s not restricted to the channels of distribution that it had in the past. Digital will give it a wider spread and hence increasing the overall reach of English content across the country.

The second part of the strategy was that our research has also shown that the disposable income of the audience in places like Pune, Mumbai, Delhi and Hyderabad (the metros and the mini-metros) was much higher.

Since we are a mass brand, we have to be very sensitive in terms of our customer pricing.

For the initial months, Eros Now Prime is included in the basic plan at Rs 49 per month. Once the consumer samples the content, later by the end of this year, we will launch a separate price point for the newly- launched service. We also plan to launch both à la carte and a package option for the consumers.

Eros Now Prime signed a deal with NBCUniversal. Could you share more details about this partnership?

The deal with NBC Universal is that it’s strategic in nature. We are able to pick up the shows ourselves

And deals are always structured, where so many of the new shows will be exclusive. Some of the old catalogue shows will be non-exclusive. We are in talks with other studios and we got a few more announcements, which we will make soon.

Other than the subscription model, how do you intend to monetise your platform? Also, could you elaborate on your distribution model?

Eros Now, principally, is the core subscription product. We work with advertisers along the lines of in-film content. We are always looking at how we can build the largest strategy from a subscription perspective. Therefore we launched Eros Now Prime and by the end of the year, we will be launching another brand.

We have an exhaustive distribution model, whether it's Jio, Airtel Vodafone or BSNL. We have so many other deals with One Plus, Xiaomi and LG.

We may start looking at how we isolate users for Eros Now Prime to build the audience. Eros Now is more of a mass-market product gets distributed across all our partners. For Eros Now Prime, we would be specifically looking at a potential overlap of TG and how we can identify and grow that audience.

We're going to take a slightly different approach from a distribution perspective for Eros Now Prime.

Coronavirus has impacted businesses across sectors. How do you see its impact on OTT platforms in India?

There is a close to 70 to 80% up on daily traffic right in the last couple of weeks. We track the subscription numbers and repost over 200% up daily again.

We launched a campaign called StaySafe, which states that if consumers subscribe to the service on the 31st of March, they will get Eros Now free for two months.

We are a subscription product essentially and not depend on advertising. In general, it will cause a change in customer habits in the long term because it's a different viewing experience watching on linear TV and on-demand feed.

When people have made a choice of using video on demand and OTT platforms, we believe that the overall audience base will potentially grow to even 1.5X or 2X after the situation gets better. We believe that there is going to be a large growth in general and it's a good stepping stone for overall in the ecosystem.

It's #TimetoReconnect, says Bengaluru airport in its new campaign
14 hours ago

New Cadbury ad not a remake, but a retake: Piyush Pandey
20 hours ago

Creativity is the key to successful content production: Dafydd Rhys Woodward
19 hours ago

Video, vernacular and voice are here to stay: Mathew Chandy
20 hours ago 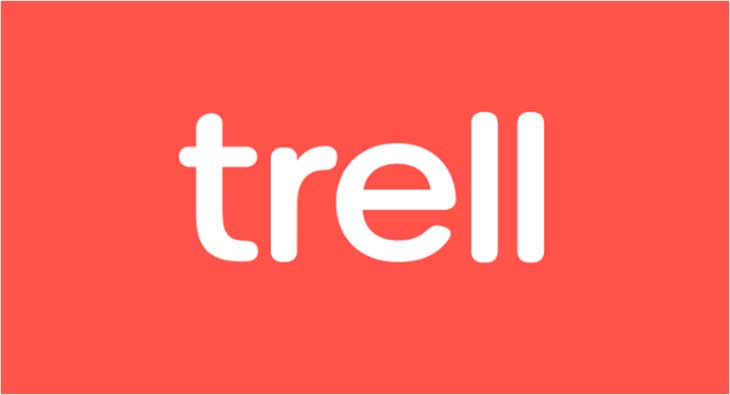