Vuclip, the leading premium mobile video on demand (VOD) service for emerging markets, has released its Global Video Insights Report for the year 2015, comparing developing markets such as India with developed markets in terms of video consumption behaviour of users. The insights are based on a comprehensive online survey of 4600 users across six developing (India, Malaysia, Thailand, Indonesia, UAE and Philippines) and four developed (USA, UK, Singapore and Australia) markets.

According to survey results, Indian viewers consider freshness of content (65%) and variety in content catalogue as highly important features. Indian viewers also lay greater emphasis on video quality (30%) as against those in developed nations (23%).

Moreover, 23% of viewers in India consider buffering as a key inhibitor to video consumption on smartphones. Hence, they have indicated their preference for OTT VOD services which delivers on the promise of providing unbuffered viewing experience.

While the need to have a smooth user interface is important across all markets, Indian viewers have shown unique preferences for features that help them download videos (56%) and gives them freedom to select video streaming quality (52%).

Smartphones are the most preferred devices for personal video consumption in both the markets, while PC/ Laptops are primarily used for video viewing with family and friends in India.

Viewers across markets indicate an increasing preference to consume video content on smartphones with larger screen sizes. The majority of the mobile video viewing in developed markets takes place on smartphones in the five inches+ category, while in India this happens on smaller devices, typically in the 4.6 -5 inches range.

The proportion of smartphone and PC/Laptop owners watching videos on these devices (55% for both) in India is slightly above that of developed markets (52% and 50% respectively).

According to the report, the frequency of television viewing in India is significantly higher than in developed nations with 87% respondents choosing TV as a preferred device for entertainment with family members as against 72% in developed markets.

91% viewers who participated in the survey indicated that in addition to live broadcast, they preferred television for long form consumption such as films and videos with run time of more than ten minutes.Only 33% of smartphone users in India use the device to view such content.

85% viewers in India consume short form video content (run time of under ten minutes) on smartphones as against 71% on laptops. User generated content (UGC) is consumed more on smartphones (28%) than on laptops (20%).

Comedy is a universal favorite across developed and developing markets with nearly 60% viewers showing their preference to consume videos in this genre.

Unlike developed markets where usage of Wi-Fi and mobile networks for accessing mobile internet is proportionate (51% and 49% respectively), mobile network usage is significantly higher (65%) in India. This can be attributed to lesser number of free Wi-Fi zones, and is the reason why video consumption while travelling is considerably higher in India (56%), as compared to developed nations (46%).

Conversely, propensity towards streaming videos is much higher in developed nations as compared to developing nations, owing to better network connectivity. In India, laptops are used both to stream (30%) and download (70%), while smartphones are largely preferred for streaming only (65%) on account of limited storage space. And streaming over a Wi-Fi connection is preferred on account of better viewing experience.

Downloading via torrent is popular in India as compared to download through other subscription based websites. Propensity to purchase videos is significantly higher in developed nations (52%) compared to India (23%).

One third of the users in India remove the downloaded content the same day they view it, indicating the prevalence of ‘Pseudo streaming’ because of limited storage space.

Commenting on the release of the report, Arun Prakash, COO, Vuclip, says, “With more than eight years of video consumption data, Vuclip uses consumer insights to convert data into viewer delight. The real time data backed insights help us know what our audience wants, and enables us to effectively exceed consumer expectations, whether it be with content, service features or user experience. 2016 will see Vuclip introduce an exciting and innovative way India can consume entertainment.”

The data for preparing the Vuclip Global Video Insights 2015 report was collected by conducting a comprehensive online survey of 4600 users across six developing (India, Malaysia, Thailand, Indonesia, UAE and Philippines) and four developed (USA, UK, Singapore and Australia) nations. The participants for this study comprised of 18-35 years old smartphone internet users who viewed videos on their smartphones at least once a month. Additionally, geographic representation from different parts of each country was ensured for adequate coverage. Users were provided multiple-choice questions and had the option to opt out. No incentives were provided for responding.

MPEG-4 slot auction: Will high cost and lack of clarity keep broadcasters away?
3 hours ago

Levi’s plagiarism row: How not to overstep the inspiration mark
3 hours ago 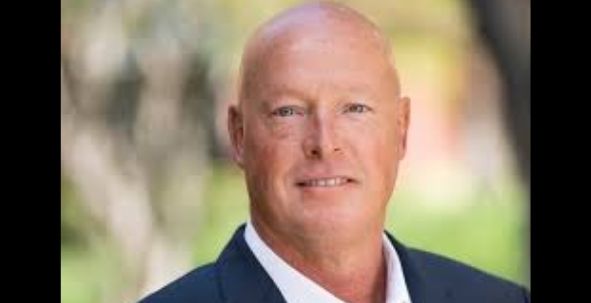 digital Can gaming grow into a mainstream advertising avenue in 2021?
4 hours ago