Netflix is said to have dedicated Rs 600 cr per year for original content in India and Amazon committed Rs 2,230 cr last year, which is expected to be allocated over two-three years

If year 2017 was about a dramatic increase in the number of subscribers in the OTT space, 2018 will definitely be remembered for the robust growth in content production.

Global streaming service Netflix has reportedly dedicated close to Rs 600 crore per year for original content in India. Similarly, Amazon committed a bulk figure of Rs 2,230 crore for original Indian content in 2017, expected to be allocated over the course of two-three years. Coming to the local platforms, Balaji Telefilms’ ALTBalaji intends to invest up to Rs 500 crore over the next three years, majority of which will be dedicated to strengthening its content offerings. Also, ZEE5, launched early this year, has so far released 15 originals across six languages. Punit Goenka, MD & CEO of ZEEL, in a recent interview said that “a lion’s share” of their investments for the next two-three years will be in the digital space. 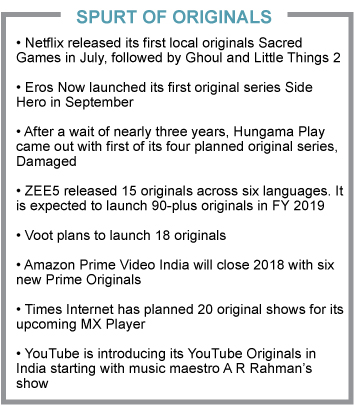 The increase in the investment has resulted in a significant increase in the scale and quality of content production. Now almost all players, from the global giants to local players, are working on long-form content.

Monika Shergill, EVP & Head, Content, Viacom18 Digital Ventures agrees. “The year 2018 shows us the early signs of the power and the scale at which OTT platforms will be operating. It’s the year when large-format content has come out at a scale reflecting the global standards. It has been the most defining year, as it gives us a sense of how big this market is going to be in the coming years.”

According to Shergill, the tremendous growth of OTT platforms has been driven by their unique position to offer personalised entertainment to the consumer at their convenience.

Zulfiqar Khan, Managing Director, Hooq, too agrees that year 2018 should be known as the inflection point for content. He believes that the real content play started playing up post mid-2018 and now there’s no stopping back.

Beginning last month, Hooq, with the tagline ‘Home for Hollywood,’ is offering big-ticket American shows such as The Big Bang Theory, Arrow, SWAT, The Oath, Flash on the same day as their overseas release.

“It’s true for most of us (OTT players). We are seeing a significant movement in consumption--in terms of time spent, overall quality of content and the number of users coming to our app. As a result, there is also a significant transaction on the subscription side. Advertising has seen a strong growth. For instance, FIFA World Cup had 36 sponsors. Therefore, we will continue to ramp up our investment on content," Sodhi added.

The changing environment has also brought about a change in the type of content being produced. According to Ajay Chacko, Co-Founder and CEO, Arre, long-form & quality shows and franchises with multiple seasons have become the preferred format as against the early-day trend of short form/snacky/ UGC content.”

The year, meanwhile, also saw a proliferation of original regional content, with players like Viu India venturing into the Tamil market and ZEE5 & Sony LIV launching in different languages.

Talking about the boost that the regional markets have given to the OTT players, Bimal Unnikrishnan, Content Head, Viu India, says, “The proliferation of localised regional content also saw an upward rising trend which dominated the video consumption at large. The consumption of content on the digital medium started gaining immense momentum with the advent of regional expansion by these OTT platforms.”

According to Ali Hussein, COO, Eros Digital this production of quality content had to eventually happen.

“From the technology standpoint, there’s been an evolution of how content has been served to offer different experiences. From business point, it’s fantastic as we see a healthy balance among telecoms, distributors, content partners and production,” he adds. 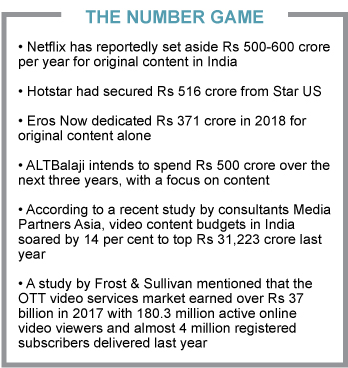 For instance, Netflix has partnered with Pocket Aces' web series division Dice Media to create scripted shows. Last week, its popular series ‘Little Things Season 2’ made its debut on the OTT platform. The content company has five shows lined up with different OTT platforms. It also has content from The Viral Fever (TVF).

Talking about the reasons behind OTT players joining hands with content creators, Ashwin Suresh, Founder, Pocket Aces, points out that these platforms want to associate with the younger audience by creating content of their choice.

“OTTs have realised that to capitalise on a younger audience, they need to create content that resonates with them. The most obvious way to do it is to tie up with content companies that have been creating content for this audience for a long time and understand the tone and the grammar of content creation on digital. It's a natural fit for them. So more and more OTTs will start to come to creators like us.”

Arre has 130-140 hours of original content on pre-production, scheduled to roll out from this month onwards. This includes seven shows of its own (on Arre and other platforms) and seven on the studio side commissioned for other OTT platforms.

With so many hours of programming to be rolled out, the content game has just begun. This has set the foundations for bigger scale and quality content, making the future of the OTT industry bright, as Vijay Subramanium, Director & Head, Content, Amazon Prime Video, India, sums up, “There is a significant customer demand for entertainment. India’s streaming video space is growing rapidly, primarily driven by growth in mobile broadband, lower data charges and significant investments in the digital media ecosystem. The future of the streaming industry looks bright.” 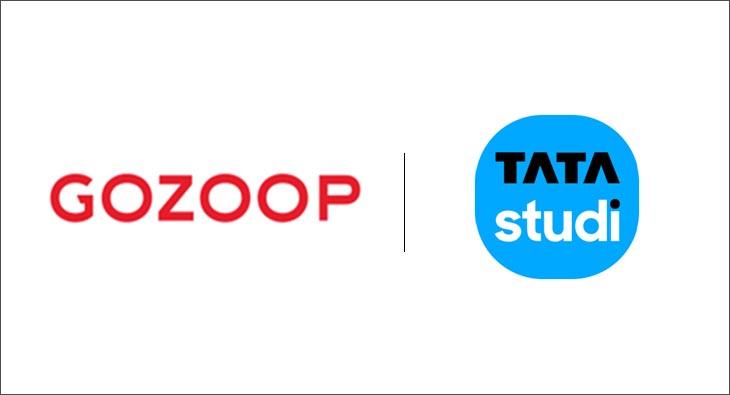