The company posted Rs 1845.8 crore in revenue from Rs 1513 crore in the previous fiscal due to aggressive paid subscription addition, says Crisil

Direct to home (DTH) operator Sun Direct TV has reported a 22% growth in FY21 revenue at Rs 1845.8 crore from Rs 1513 crore in the previous fiscal due to aggressive paid subscriber addition, as per information provided by a Crisil report.
The company's EBITDA for fiscal 2021 stood at Rs 738.32 crore, compared to Rs 581 crore in FY20. Further, the company's EBITDA margin improved by 160 basis points to 40% in fiscal 2021 from 38.4% in fiscal 2020.
The company had posted revenues of Rs 1513 crore for the fiscal ended 31st March 2020. In the previous fiscal, the company's revenue was Rs 1602 crore. The DTH operator reported net profit of Rs 67 crore for FY20, compared to Rs 10 crore in the previous fiscal.

It clarified that the financials of FY20 are not comparable with the previous fiscal due to the implementation of NTO 1.0. Under the new regime, the revenue from fiscal 2020 has been reported by netting off broadcaster payout, as the content cost is a pass-through now.

As per the Crisil report, Sun Direct has added 2.8 million gross subscribers and 0.7 million paying subscribers in fiscal 2021 despite the pandemic. "As a result, the company's revenue increased 22% and earnings before interest, tax, depreciation and amortisation (EBITDA) margin improved by 160 basis points to 40% in fiscal 2021 from 38.4% in fiscal 2020," it stated.

Sun Direct is the smallest of the four DTH operators in India. Apart from Sun Direct, Bharti Telemedia (Airtel Digital TV) was the only other DTH operator to report profit in FY20. Bharti Telemedia, the DTH subsidiary of Bharti Airtel, had reported revenue of Rs 2923.8 crore while the net profit came in at Rs 385.6 crore.

The Telecom Regulatory Authority of India (TRAI) in its quarterly performance indicator report had noted that the active pay DTH subscriber base stood at 70.99 million for the quarter ended 31st December 2020. The market share of the four pay DTH operators for the quarter under review is as follows: Tata Sky (33.03%), Dish TV (25.45%), Bharti Telemedia (25.17%), and Sun Direct (16.35%).

The Chennai-based DTH operator has a gross subscriber base of 23 million as on March 31, 2021. Maran Group holds 80% equity in Sun Direct and the remaining 20% is held by South Asia Entertainment Holdings Ltd, Mauritius, an investment arm of All Asia Networks Plc, Malaysia's leading cross-media group.

Sun Direct is a strategically important business for the Sun Group, as it complements the flagship broadcasting business, and reinforces its market position as a media conglomerate.

The company has maintained its leadership position in South India, with its market share improving to 51% in fiscal 2021 from 39% in fiscal 2016, the Crisil report noted. Sun Direct's subscriber addition is expected to be healthy over the medium term, which would result in continued improvement in operating performance.

Crisil noted that sustained increase in accrual should also improve the financial risk profile. In the last fiscal, Sun Direct has already paid all external debt and replaced them with promoter loans.

Sun Direct TV shareholders have invested Rs 1,088 crore over the five fiscals through 2016, in addition to providing personal guarantees against term loans. Additionally, promoters have also infused non-convertible debentures of Rs 350 crore in the last fiscal, which was entirely used to repay external bank loans.

In April 2021, the Ministry of Information and Broadcasting (MIB) had issued provisional licences for 20 years to DTH operators including Sun Direct, subject to their fulfilling the terms and conditions mentioned in the guidelines issued by the ministry on December 30, 2020, for licence renewal.

MIB had already sent a demand notice to the DTH operators in December 2020, for clearing all dues and fulfilling obligations under the terms and conditions of the current licence as well as those arising out of legal cases pending before various courts of law, however, the issue continues to be sub judice.

As per the demand notice, Sun Direct has a potential liability of Rs 550-600 crore arising from the disputed licence fees matter. CRISIL Ratings has not factored in any payout as of now, however, leverage is comfortable even if the full payout has to be made. Any material deviation in the outgo from the potential amount will remain a key monitorable.

It has also partially withdrawn its ratings on the bank facilities of Rs. 599.11 crore following a request from the company and on receipt of a 'no dues certificate' from the banker. The rating action is in line with CRISIL Ratings’ policy on withdrawal of bank loan ratings.

The rating continues to reflect Sun Direct’s established market position in South India, healthy debt protection metrics, and high financial flexibility. These strengths are partially offset by the average capital structure and exposure to risks inherent in the DTH industry. 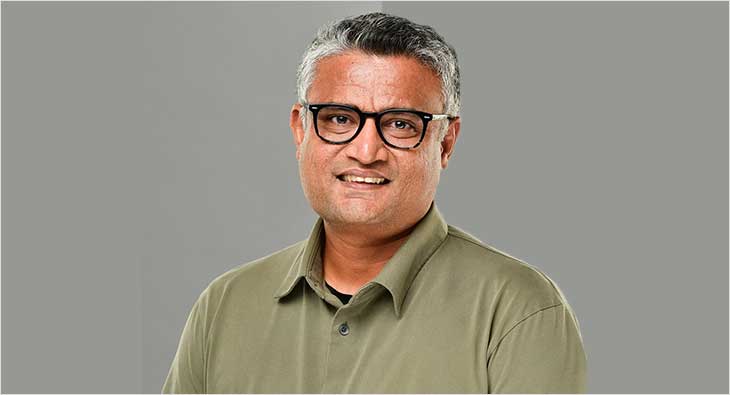