Beauty brand FacesCanada recently celebrated lipstick day with an interesting social media campaign that saw the participation of 350 influencers reaching across the length and breadth of the country. Called #LeaveAMark, the campaign also asked creators on the web to share their own stories for a special hamper, garnering over 2000 comments and an organic reach of close to 2 million. Glad about the success of the campaign and the 30% push it gave to the brand's lip products, FacesCanada Creative Director Devkey Advani shared the story behind the campaign and the impact it has had on people. Edited excerpts follow:

Tell us about the idea behind the #LeaveAMark campaign.

The #LeaveAMark Campaign is about celebrating women’s accomplishments and their efforts that have made a difference and left an impact, in turn leaving iconic memories along a hard-worn journey. Makeup is one of the routes that provides women & men with confidence to be the best version of themselves. Taking this thought forward, we wanted to create a movement to share these inspiring stories that have created an impact in their lives. Lipstick is the last thing you wear while doing makeup and any makeup routine is incomplete without it. We couldn’t think of a better day to launch this campaign other than Lipstick Day. Influencers shared their #LeaveAMark story while doing their makeup & used their favourite shade of FacesCanada lipstick to finish off the look & complete their success story.

Were you trying to achieve sales KPI or brand KPI with this campaign? Explain.

Makeup is so much more than just vanity - it gives confidence, can lift your mood, and can make you feel great. Building on this, we understood the power make up has to build your confidence to achieve your goals. We wanted to create a platform where men & women can share these inspiring stories of success & create a movement while we were at it.  We wanted to build a community where people can share their stories while creating brand awareness. Throughout the campaign, we read some deeply moving stories and the response was truly overwhelming! Overall we garnered a reach of close to 2 million.

How did you use the various marketing media and tools to reach out to the community, prompting them to participate in the campaign?

As much as we wanted a lot of entries we also wanted organic & real-life stories. We did reach out to influencers like Mrunal, Ashi Khanna, Jaspreet Kaur, Ashi Wadhwa, etc to spread the word within their communities. These are women who truly have left a mark in their own way. Their videos were so inspiring & we saw entries flooding in the form of comments, stories and videos. There was a contest attached to it as well - where 5 participants would win hampers from FacesCanada, to add more fun to the campaign. In total the campaign garnered over 2000 comments and a reach of close to 2Million.

Share in detail the mix of 350 collaborators you partnered with; average followers, age group and gender mix of their followers.

These top-performing stories came from a mix of nano, micro, macro, and mega influencers, showing us that the stories were truly inspiring for their audience. No matter the size of the following they had - these videos got the views and engagement from their communities!

How was the audience reaction to the campaign? Tell us about the kind of entries you received.

We had entries from all over India. The nature of the campaign made it very easy for people to participate. Some who felt like making a video/reel could do that, others could add a picture with their favourite FacesCanada lipstick, or even easier - just simply comment on our contest posts with their #LeaveAMark story! We had such an inspired week reading these beautiful entries & were truly overwhelmed reading the success stories. One particular story that comes to mind was of a police constable officer. We heard about how makeup had changed her life - she wanted to learn makeup, which she did. Post her course - she got some clients and also mentioned that she had never felt better about herself and makeup was the driving force behind it.

How did the campaign help brand image?

We got a lot of chatter going on around our campaign. With a reach of close to 2 million & over 2000 comments, I believe we were able to create a space where men and women could share their impactful stories where they left a mark in their own way. I believe this made the brand more approachable, relatable & got a lot of chatter going around our lipstick range as many entries used their favourite FacesCanada lip shades from our wide range of lip products like HD matte Lipstick + primer, weightless matte lipstick, lip crayons and many more!

Were there any impact on the sales and/or queries around the brand because of the campaign?

We saw a spike in sales of over 30% in our lip category during the campaign.

From ICICI Bank's festive bonanza to Unacademy's ‘Mistakes’: Best ads of the fortnight
4 hours ago 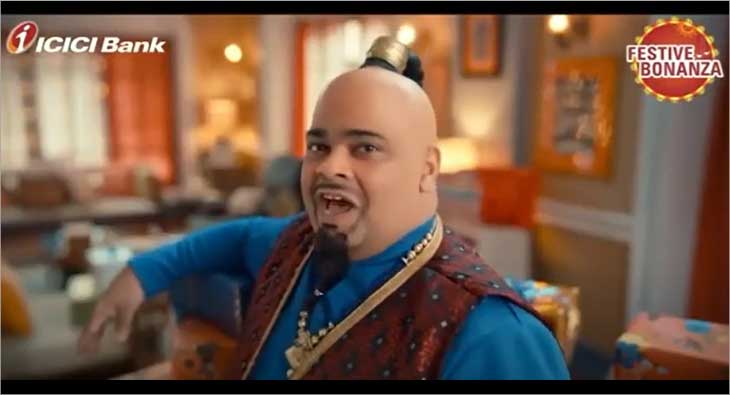 advertising From ICICI Bank's festive bonanza to Unacademy's ‘Mistakes’: Best ads of the fortnight
4 hours ago

advertising Festive marketing offensive: Should brands stay away from religion?
4 hours ago