National Geographic Channel (NGC) is all set to rev up its offering to its viewers. Not only is NGC planning to add four new channels under its umbrella, it has also launched .FOX Network and announced its foray into the online advertising space. NGC has also applied for downlink applications for a few global Fox channels.

National Geographic Channel (NGC) is all set to rev up its offering to its viewers. NGC is planning to bring four new channels – Nat Geo Music, Nat Geo Wild, Nat Geo Adventure and Nat Geo HD – under its umbrella.

Meanwhile, in a bid to strengthen the .FOX brand in India, NGC recently launched .FOX Network and announced its foray into the online advertising space. NGC has also applied for downlink applications for a few global Fox channels that include Fox Life, Fox Crime, FX and Baby TV.

Mirchandani said, “The four new Nat Geo channels that we plan to launch have already proven to be very popular in countries where they are currently available. Nat Geo Music, Nat Geo Wild, Nat Geo Adventure and Nat Geo HD allow us to expand our commitment to quality programming and to create specialist channels in genres that are at the very heart of the National Geographic brand. The core channel will continue to expand its successful contemporary science, technology and exploration strands and will be clearly differentiated from the specialist Nat Geo Channels.”

He further said, “We feel that this is the right time to launch new channels that will cater to the growing public appetite for high quality television viewing. We have applied for the licenses for these channels to the Government and will launch them soon in India.”

Elaborating on bringing the FOX brand in India and the thought process behind this, Mirchandani said, “This is part of a carefully thought out strategy. We have already applied for downlink applications for a few of our global Fox channels, such as Fox Life, Fox Crime, FX and Baby TV. These are popular brands in every market that they’ve been launched. We should be getting our licenses very soon.”

Meanwhile, NGC has lined up special programming for the coming season in December around Thanksgiving, Christmas, and New Year. “We are focused on building specific nights on the channel. We have our existing slots of ‘Megastructures’ on Thursdays at 8 pm and ‘Brand New Sunday’ on Sundays at 8 pm, which showcases our newest and best programmes. We plan to build these slots with exciting new programming in the coming months. In December, we will also premiere a brand new series titled ‘Against All Odds’. Our biggest India based initiative – ‘Mission Navy: Lehron Ke Sartaj’ – will also go on air in the New Year and will take viewers inside the unseen world of the Indian Navy,” Mirchandani added.

On the launch of the FOX History channel and whether it was a rebranding of the earlier History channel, he said, “Fox History & Entertainment is in keeping with the direction we started out two years ago. The direction was to broad base the appeal of the channel and we successfully did this in May 2006, when we introduced a variety of different formats of content such as movies, TV movies, award winning series and local India content on the channel. We used these two filters – (a) Entertaining and (b) Historically significant – while acquiring content for the channel. In keeping with the same strategic direction of entertaining history content, a move we started out two and a half years ago, we are ready to move to the next level. We today present a brand new avatar, Fox History & Entertainment.”

Elaborating on the other initiatives that NGC is taking for the FOX brand, Mirchandani said, “We should be getting our licenses for Fox Life, Fox Crime, FX and Baby TV very soon and we are confident that Indian viewers will enjoy watching these channels. With Fox History & Entertainment already here and the other Fox channels soon to launch, we are confident that viewers and advertisers alike will appreciate and respect the high quality, award winning, internationally acclaimed shows and content that the brand Fox has come to stand for all over the world.” 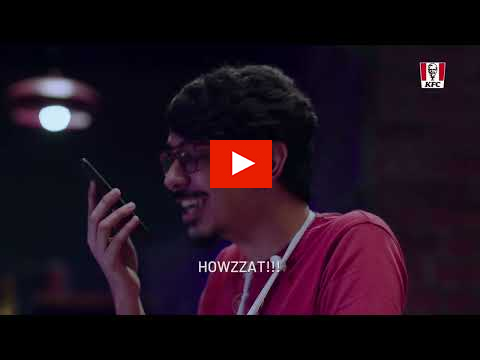