Mullen Lintas Delhi's campaign for Laadli urges you to #ChangeForPositive

The films touch upon numerous issues that have emerged during the ongoing pandemic, including the crisis of healthcare systems, the vulnerability of the elderly, and cyber harassment

Mullen Lintas Delhi has recently launched a new campaign for Laadli, an initiative of Population First supported by United Nations Population Fund UNFPA, against discrimination and harassment in the times of COVID. It beautifully spreads the message to change during these trying times. The films touch upon numerous issues that have emerged during the ongoing pandemic, including the crisis of healthcare systems, the vulnerability of the elderly, cyber harassment and the plight of commercial sex workers. The COVID-19 pandemic is posing new challenges and forcing us to rethink on many fronts. The campaign aims to create a community that fosters compassion and harmony in the face of these testing times.

Talking about the campaign, Azazul Haque, CCO, Mullen Lintas said: "The task of the campaign was to highlight problems certain sections of society are facing during the pandemic and is going unnoticed. Like discrimination towards medical staff and frontline workers, problems sex workers and many such strata of society are facing in getting essentials and medical supplies, loneliness and basic help single old age people need and sexual harassment that has totally gone unnoticed in work from home kind of scenario. The campaign needed to throw light on these problems and also create a certain sense of purpose in all of us to step forward and bring a change, a positive change. And all the films try and achieve that."

Commenting on the films developed for Laadli's initiative of Population First,  A L Sharada, Director, Population First said: "These are dire times, but we all can make a difference and make the world better by small actions of compassion, kindness and sensitivity. We all need that healing touch to deal with the challenges the pandemic is posing. Mullen Lintas team has done a great job of presenting the stories with great sensitivity."

Argentina Matavel Piccin, Country Representative, UNFPA, India commented on the campaign: "The current global pandemic has made us revisit conversations around gender. I believe the subtle messaging in these films will further catalyse the discourse, bringing issues around gender to the forefront."

The films are shot in a long-format enabling the key message to simmer and land with clarity. Two out of the four films are currently live on social media and digital platforms. The others will go live soon. 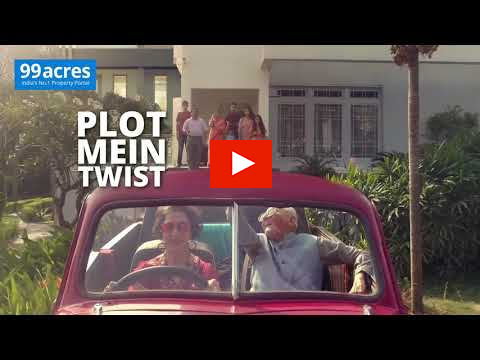 advertising You get what you see on 99acres, says property site in its new campaign
9 hours ago