Native advertising is a great way to break the clutter by camouflaging curated content so that it doesn’t seem like an ad which is very assertive. It is a great tactic to provide consumers with effective ads.

Players like Taboola are pioneers in conceptualizing intriguing native advertising. We take a look at brands that have recently used native advertising on platforms like Facebook and Google and how they have leveraged from the same.

Digichefs, a marketing agency, has curated native advertisements for their clients BMW, Everest Fleet and WorkSquare, among others. For Everest Fleet, the ad type was a single image ad, carousel ad & video ads. The platform that they used for this was Facebook. The campaign showcased the brand Everest Fleet’s cab service that runs its own fleet of Uber and Ola cabs. The agency made single images and carousel ads for them for different locations. They made creatives utilizing some of the major trending events like: World Cup, The 'Gully Boy' movie theme and video ad highlighting Mumbai in the background.

For co-working space provider company, WorkSquare, the ad type was leads. The agency generated leads for them through Google search for their different locations such as Powai and Lower Parel.

exchange4media spoke to advertising experts about how an agency can conceptualise effective native advertising. According to Rajiv Darshi, General Manager (West), MediaCom, native ad formats are typically used to drive deep engagements with the brand.

Formats and placements of native ads typically determine what objective of the brand funnel is meant to solve. “Decision making on where and how to drive native ads depends on the brand objective, audience involvement, and content type. For example a fashion brand that thrives on designs and images, it might be the best format and social would be the best platform to drive native communication. Whereas a brand that is selling high-end gaming computers might look  at integrating itself with a tech destination with an advertorial or sponsored content,” he said.

Harikrishnan Pillai, CEO & Co-founder, TheSmallBigIdea, remarked, “Relevance of content and synergy of context are the most critical elements. The more seamless a native ad behaves the more effective it becomes. Also, choose your publisher carefully. Set strict, robust metrics for publishers so that your ad gives you maximum results.”

Manish Solanki, COO & Co-founder, TheSmallBigIdea, added, "We have used native ads extensively for our tourism clientele where we have achieved significant results. We were able to converse with our target- audience through these ads and managed to drive traffic to our landing page. This not only resulted in increased inquiry about the destination but also improved in-brand favourability.”

Banner blindness is when web users (on desktop or mobile) subconsciously ignore banner-like sections on a page even though it may contain some crucial information that they are seeking. Anything that doesn't seem like a part of the native platform they are accessing, can be ignored. With Adblock tools becoming popular and browsers showcasing adblocking as one of their USPs, advertisers do understand the need for native advertising to see ROI.

Consumers don’t like pushy advertising, especially not on a one-to-one platform like a personal computer or mobile phone. “The communication that advertisers design needs to talk about the benefit of their product/service and how it adds value to the user's life, rather than talking about product/service features at large. Further, this communication needs to be served in the humblest of ways so as to not appear loud and intrusive”, Mehta concluded. 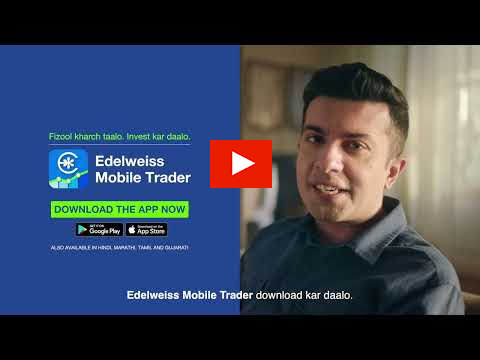 advertising Is your money safe with you?, asks Edelweiss Personal Wealth new campaign
10 hours ago