The campaign has been conceptualised and executed by WATConsult

In an attempt to urge audiences to break all biases and create a space free of stereotypes, Bajaj Allianz General Insurance - a prominent general insurance provider in India, has launched a fresh campaign titled #WohSambhaalLegi.

The campaign thought has stemmed from all the common motor-related stereotypes that women face such as being labeled as bad drivers, lacking the ability to parallel park, incapable of buying a car on their own and many more.

Conceptualised and executed by WATConsult, the film is centered on a protagonist who is subjected to condescending comments and taunts as she completes her motor claim process after having gotten into a minor car accident. It highlights the ease with which the protagonist takes care of the situation by simply registering a complaint through the Motor OTS feature on Bajaj Allianz General Insurance’s ‘Caringly Yours’ app.

Through this campaign, the brand draws attention to the fact that women are capable of becoming important decision-makers and bringing about a change in perception. For the record, adhering to the global theme of International Women’s Day this year, the brand has imbibed the simple policy of #BreakTheBias in its positioning with #WohSambhaalLegi.

Sharing his thoughts on the campaign, Tapan Singhel, MD & CEO, Bajaj Allianz General Insurance said, “Biases of any kind are wrong. We should make an effort to break the stereotypes, biases, or preconceived notions about anything that we see. It is a humble effort from our side to portray a bias that we normally see on the road, I am very happy to present to you #WohSambhaalLegi. A woman has the power to empower and can courageously fight any challenges of life that come her way. There is no glass ceiling that can hold her back and she can tackle any & every situation tactfully.”

Heeru Dingra, CEO, Isobar India group added, "Bajaj campaigns have always been purpose-driven, powerful and rooted in values of empathy. Keeping this at the core, we launched #WohSambhaalLegi – a campaign that calls out one of the most common biases that women face every day and through this film we aim to create a gender-equal world."

Sahil Shah, Managing Partner, WATConsult commented, “With ads like these, we just want to put out the plain and simple truth. While the world keeps journeying through the greatest of heights, we sometimes miss out on the basics. Particularly with this ad, we want you to take a moment and analyze the ‘whys’ of your action. Let us put a stop to the stereotypes and truly start breaking these biases.”

Newsprint prices are peaking, we should get some relief from Q3: Girish Agarwal, DB Corp
4 hours ago 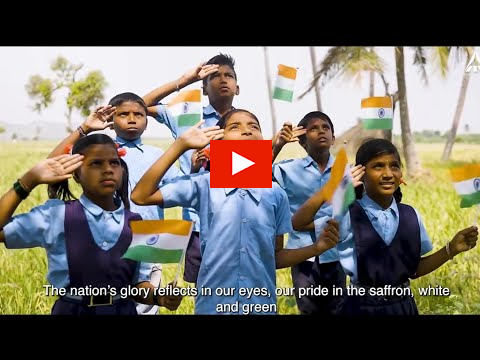